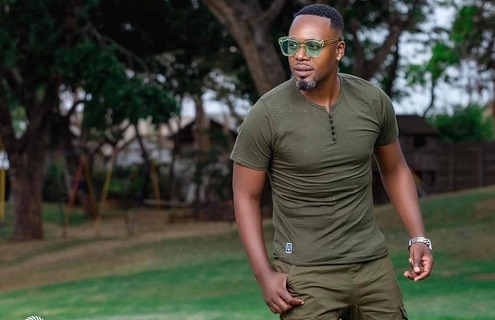 URBAN groover Stunner, born Desmond Chideme, Thursday broke down in court while explaining how the domestic violence lawsuit against him was affecting him socially and economically.

Harare magistrate Evelyn Mashayakure was forced to adjourn the trial briefly to allow the musician to calm down.

Chideme is accused of assaulting his ex-wife, Dyyone Tafirenyika and the trial is ongoing.

On Thursday, Chideme took the witness stand, complaining that Tafirenyika was barring him from accessing his daughter.

He said he was unable to pay his daughter’s school fees since all his shows were canceled on the basis of the pending case.

“l am struggling to even pay my children’s school fees since all my shows are being canceled and the complainant keeps on going on social media posting allegations,” said Chideme.

Chideme said he found out that his wife was having an affair and making these accusations was her way of getting out of the relationship.

“l found out that she was having an affair and l saw receipts indicating that someone had paid US$500 for an apartment she wanted to live in after leaving the house,” said Chideme.

He also added that the couple once engaged elders of the family and told them that he no longer wanted Tafirenyika in his life.

According to Chideme, the matter was resolved after Tafirenyika pleaded with him to be forgiven.

Chideme also told the court that he has two daughters and as such does not condone assault.

He also encouraged those in difficult marriages to adopt the procedure of sitting down and resolving their matters without involving the courts.

“l would also like to say that people in marriages should sit down and talk in order to resolve their differences before they bring matters to court,” said Chideme.

The musician told the court that if he had assaulted his ex-wife, he could be answering to allegations of attempted murder because of the three big rings he was wearing that might have caused serious injuries.

“Usually when l am performing l wear three big rings like the one l am wearing now and if l had assaulted her, she would have suffered serious injuries and l would be answering to charges of attempted murder right now,” he added.

According to the State, Chideme assaulted Tafirenyika at the height of a domestic dispute at the Rainbow Towers hotel back in April.