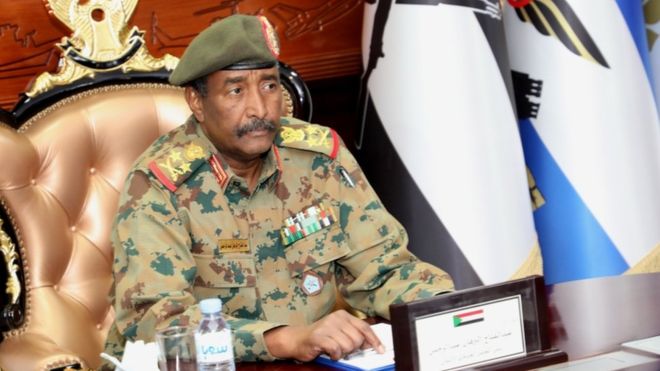 The head of Sudan’s military transitional council has told the BBC the army will not use force against protesters who want it to leave power.

Lt-Gen Abdel Fattah Abdelrahman Burhan spoke as African leaders extended their ultimatum for the military to organise a return to civilian rule.

The army had warned it would remove protesters camped outside its headquarters in the capital, Khartoum.

President Omar al-Bashir was ousted from power on 11 April after 30 years.

Protesters accuse the military of being “remnants” of the ousted long-time ruler.

Leaders of the protest movement have suspended transition talks and co-operation with the military because they doubt its sincerity to hand over power.