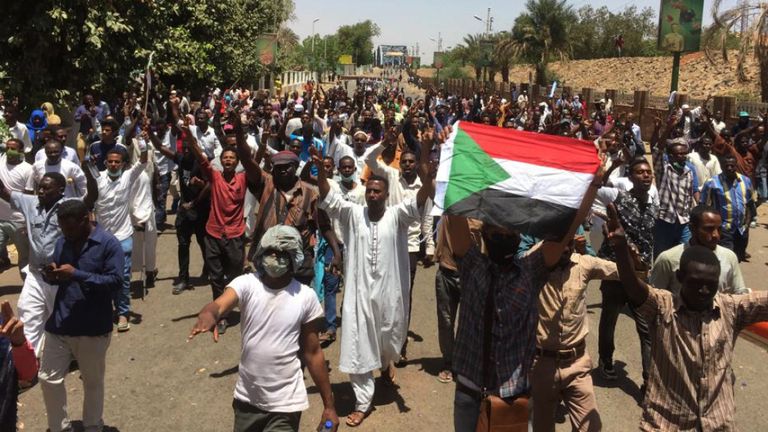 The protest movement is demanding a civilian-led transition, which the generals have steadfastly resisted since bowing to their demands and toppling longtime autocrat Bashir
Spread This News

On Wednesday army generals and protest leaders were expected to decide on the make-up of a new body to govern Sudan for three years, the thorniest issue in instating civilian rule following the ouster of longtime autocrat Omar al-Bashir last month.

But after at least eight people were reported wounded by gunshots near a sit-in outside the army complex in the capital, Sudan’s army ruler General Abdel Fattah al-Burhan announced negotiations would be suspended for 72 hours.

Burhan the chief of the ruling military council that took power after Bashir was toppled  left the door open to resume talks but demanded protesters dismantle roadblocks in Khartoum, open bridges and railway lines connecting the capital and “stop provoking security forces”.

There were “armed elements among demonstrators who were shooting at security forces”, he added.

“They asked us to dismantle barricades in parts of the capital,” Rashid al-Sayid, a spokesman of the umbrella protest movement the Alliance for Freedom and Change said.