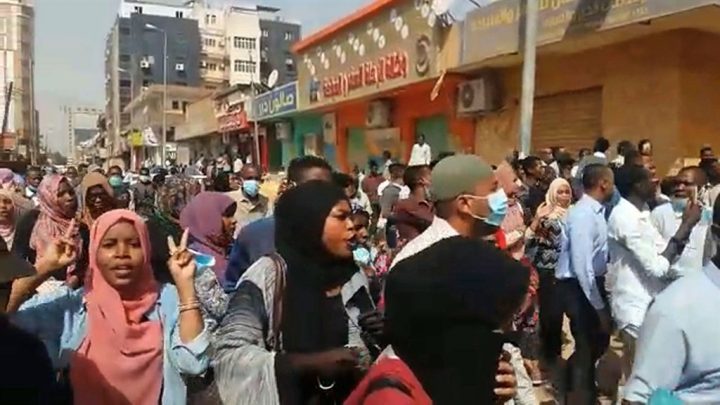 Organisers of mass protests in Sudan have told the BBC they want the full dismantling of the “deep state” left behind by ousted leader Omar al-Bashir.

A spokesman said leaders of the past regime should be put on trial.

Bashir was toppled by the army last week after 30 years in power and a military council has pledged elections in two-years time.

But protesters remain camped outside army HQ in the capital, Khartoum, demanding a civilian administration.

Reports on Monday said there had been efforts to break up the sit-in. Details are sketchy but witnesses said troops had stepped back from immediate confrontation.

On Sunday the transitional military council sought to appease protest leaders, telling them that key figures from the former government had been arrested.

It is not clear who those officials are.

A military spokesman also promised not to disperse protesters and said the council was “ready to implement” whatever civilian government the opposition parties agreed.

In another development, 13 people were reportedly killed in an armed attack on protesters in the troubled region of South Darfur over the weekend.

The privately-owned Darfur 24 news website said “gunmen” had attacked the anti-government protest at a camp for displaced people about 17km (10 miles) east of the regional capital, Nyala.

Bashir has been indicted on charges of war crimes and crimes against humanity in Darfur by the International Criminal Court. He denies any wrongdoing.