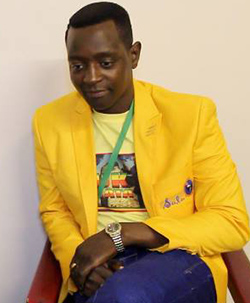 POPULAR sungura musician, Sulumani Chimbetu, has revealed how he was forced by his late father to abandon a childhood ambition to join the great trek to Great Britain a decade ago in order to take up a three-month national youth service training.
The so-called Border Gezi national youth service training, which was facilitated by government, paved way for his recruitment into the Air Force of Zimbabwe, he further revealed.
“I really wanted to migrate to Britain like others to look for a job but then I was advised by my late father to abandon the plan and serve my country,” Chimbetu said Tuesday.
“I went for three months’ national youth training in Kamativi.”
Sulu was among a group of national youth service graduates who met youth and indigenisation minister Patrick Zhuwao on Tuesday to give testimonies on how they have benefited from the programme.
Zhuwao is in the process of reintroducing the controversial programme, which has often been dismissed by the opposition as a Zanu PF indoctrination exercise.
Chimbetu is son to legendary Dendera music founder, Simon Chimbetu, who died in August 2005 and was declared a liberation war hero for his morale boosting musical prowess in fighting camps back then.
For someone who hailed from a popular music family, said Sulumani of himself, he immediately became popular with other recruits and instructors during national youth service training.
This, he said, made it more difficult to sneak out during the evening hours like the other recruits to have fun outside the training camp.
The 33-year-old Sean Timba hit maker said he was further dissuaded from migrating to the United Kingdom after he felt an overwhelming urge to save his father’s popular musical brand from extinction.
After receiving his training, Chimbetu joined the Air Force of Zimbabwe, a career he later abandoned to go into music full time.
The shy musician was thankful about his youth training programme which both gave him a job and allowed “me to serve my country”.
Minister Zhuwao is adamant the programme is anchored on entrepreneurship, patriotism and volunteerism.
SULUMAN CHIMBETU: GUNSHIP