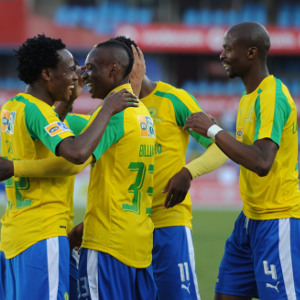 FIVE time champions Zamalek of Egypt will meet South Africa’s Mamelodi Sundowns in next month’s African Champions League final after fending off a spirited Wydad Casablanca in a semi-final second leg on Saturday.
Zamalek, who last played in the final 14 years ago, advanced 6-5 on aggregate despite losing 5-2 to their Moroccan opponents in Rabat.
Sundowns beat Zambia’s Zesco United 2-0 at home to go through 3-2 on aggregate.
A 4-0 victory in last weekend’s first leg gave Zamalek a comfortable platform for the return match but they were shaken by a dramatic comeback from Wydad.
William Jebor scored twice to help Wydad to a 3-1 half time lead and a pair from Fabrice Ondama after the break extended the score to 5-1 — putting the sides level on aggregate but with Wydad still needing one more to win the tie.
With 10 minutes left, Zamalek scored on the counter attack through Stanley Ohawuchi to end the home hopes.
Wydad had fired John Toshack as coach after the first leg defeat and on Monday appointed Sebastien Desabre as his replacement, with the Frenchman coming close to engineering the biggest comeback in African club competition history.
Sundowns, who beat Zamalek both home and away in the group phase, continued their fairytale run to the final after having lost in the preliminary rounds.
They were eliminated by AS Vita Club of the Democratic Republic of Congo before the group phase but were then reinstated into the competition after Vita were found to have fielded a suspended player in their opening round fixture.
Sundowns grabbed the opportunity to go on and win their group and on Saturday advance to their second-ever final appearance, 15 years after the first.
Liberian international Anthony Laffor scored the opener and Percy Tau added a second midway through the second half to see them comeback from 2-1 after last week’s first leg in Zambia.
“People might say we have snuck through the back door, but we’ve taken our chance and now we are in the final,” said coach Pitso Mosimane.
Sundowns will host the first leg of the final in Pretoria on Oct. 15 with the return match in Egypt a week later.Advertisement