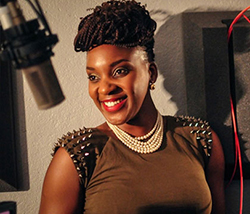 AB Communications chief executive Susan Makore has said ZiFM Stereo radio station makes no apology for inviting Tafadzwa Musarara to a recent programme and will stand by its editorial decision.
Makore’s statements comes after programme host Ruvheneko Parerinyatwa said she never Zanu PF apologist Tafadzwa Musarara to be a guest on her current affairs programme The Platform.
Ruvheneko made the clarification after another guest Evans Mawarire of #This Flag on-line campaign complained that about Musarara’s presence.
Mawarire later had an altercation with the station proprietor and Zanu PF Member of Parliament and Cabinet Minister Supa Mandiwanzira after the live programme.
“Like I said on Twitter, I never invited Musarara for that particular radio programme,” Ruvheneko told a local weekly on earlier this week.
However, in a surprise move Makore said any attempts “by anyone to try and undermine the integrity of the station by dissociating themselves from its editorial decisions and actions were not only unacceptable in the extreme, but also set a dangerous precedence of having newsrooms play to the gallery of partisan interest”.
“ZiFM stereo stands by its editorial decision and the right of ALL guest to be heard and the views expressed by those guests do not necessary reflect the views of the station,” said the CEO.
“The producer/presenter, Ruvheneko Parerinyatwa informed the Head of News and Current Affairs that she had invited pastor Evans Mawarire to be on The Platform after they met at a function hosted by the British Ambassador where they were discussing issues to do with Zimbabwean youths at Moto Republik in Harare.”
Makore said first invited to the programme was embattled indigenisation minister Patrick Zhuwao who was not available after which she proposed Musarara given his “economic empowerment activism”, adding the proposal was “acceptable and all records of this communication” were available.
The AB Communications boss said statements attributed to Ruvheneko on social and the Sunday papers were “unfortunate”.
Even so, show host Ruvheneko insisted that she was enjoying her new role as ZiFM’s programmes manager.
“Expect more debates on The Platform and I am not immune to criticism. People can make comments and I will take those that I feel will develop me.Advertisement

“But for your own information, I am also my own judge. I sometimes listen to recorded programmes of my show and I build from there.”