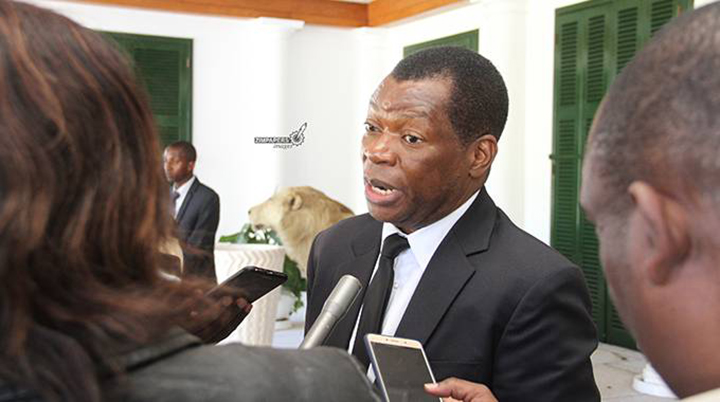 A SUPER rich former Zimbabwe Revenue Authority (Zimra) worker who was arrested after an audit unearthed that his expensive lifestyle did not match his wages, has challenged prosecution after Prosecutor General (PG) failed to set a trial date.

Kennedy Nyatoti is arguing that PG Kumbirai Hodzi has failed to prosecute him with time limits set by the rules of the court and and as such, is seeking case dismissal.

Nyatoti also contends that according to the law, it was the Attorney General’s Office that should be seized with cases of ill-gotten wealth and not the PG.

He has since an urgent chamber challenge seeking dismissal of Hodzi’s application for seizure of his wealth.

“This is an application for dismissal of an application made by the PG in case number HC7091/19 which applicant therein has failed, neglected and or omitted to prosecute within the time limits prescribed by the rules of this court, particularly rule 236(4),” said Nyatoti.

“On the 27th of August 2019 the respondent (Hodzi) filed a court application…seeking a civil forfeiture order for an immovable property and three immobile properties.

“I filed a notice of opposition on 12 September 2019 before the PG filed his answering affidavit on October 22. In accordance with Rule 236 (4) (b) of the High Court Rules, the PG ought to have set the matter down for hearing within a period of one month after filing an answering affidavit. Therefore, the last day of setting the matter down for a hearing would have been Friday the 22nd of November 2019,” said Nyatoti.

Nyatoti said a period in excess of one and half months had lapsed since the PG filed his answering affidavit but he had still failed to set the matter down as required by the law.

Opposing the application, Nyatoti also argued that Hodzi had no authority to seize his wealth.

“He lacks the locus standi to bring such an application under case number HC7091 as the authority is conferred to the Attorney General and not the PG, whose offices are distinct. He did not state where he derived his authority to depose to the affidavit from.”

Nyatoti was employed as a revenue officer together with his wife, Tatenda Chisadza.

According to Hodzi, an audit established that his earnings during this period amounted to US$44 907.

However, Nyatoti managed to buy a residential stand valued at US$150 000 and went on to build and complete an upmarket house between December 2017 and April 2018. He also allegedly bought vehicles for his wife, sister and mother using State funds.

Hodzi went after Nyatoti following a tip-off that he was acquiring properties using funds from corrupt activities and abused his office to obtain the money.

The application is yet to be heard.