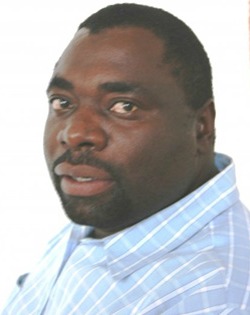 SUPERSPORT, the Castle Lager Premier Soccer League’s broadcast partner, will screen more games this season compared to last year’s 53.
The news come on the heels of the PSL having confirmed a new three-year sponsorship deal with Delta Beverages and further confirmation on the continuation of the cash rich Mbada Diamonds Cup.
This is in addition to the Net One Super Eight and another 16 team tournament to be bankrolled by a telecommunications company.
Max Tshunungwa, the Supersport executive producer for Africa, told a media networking gathering in Harare on Thursday that there is a lot of potential in the local league, which kicks off on the weekend of March 29- 30, and their aim is to assist in its growth.
“We did 53 matches last year and we want to beat that this season and we will deliver all matches on HD (High Definition) including the big matches. We will have a dedicated magazine show that will also look at club profiles, the chairman’s corner and other things to do with the players, the reviews and the previews.
“You must understand that we are just a year old in Zimbabwe, we are growing, but there is a lot of potential here.
“There will be games in December where we will screen the Mbada Diamonds Cup Final at the end of the season and we are happy about that because most of the guys come back home and want to see the games and we are grateful for the PSL for that,” Tshunungwa said.
PSL chief executive Kennedy Ndebele also confirmed during the gathering that the league will end on December 20.
“There will be 240 matches that will be played. There is the Independence Trophy that we have to slot in next month and three cups, meaning there will be more midweek games.
“We also have to consider the fact that the Warriors will be playing in the Africa Cup of Nations 2015 qualifiers and that means five dedicated weeks for the national team if they progress,” Ndebele said.Advertisement