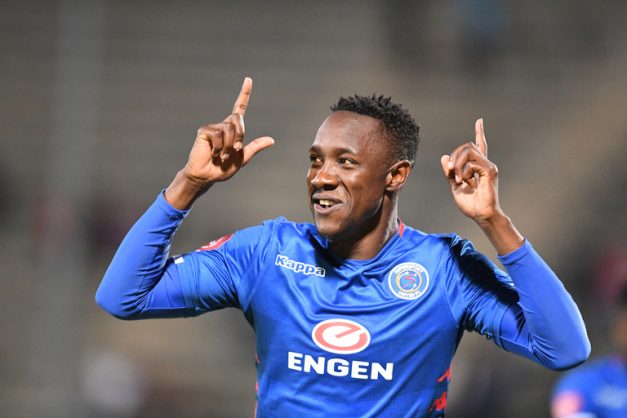 MISFIRING Zimbabwe international striker Evans Rusike is facing an uncertain future at SuperSport United after the South African club’s chief executive Stan Matthews warned him to either rediscover his goal scoring form or risk being offloaded.

Rusike, a key member of the Warriors squad which qualified for the 2017 AFCON finals has found the going tough at SuperSport since joining the club as hot property from Maritzburg United in January 2018.

The 30-year-old Zimbabwean striker, who is now in his fourth season with SuperSport, has not managed to recapture the scintillating form he showed at his previous club, Maritzburg United, where he scored 20 goals in 74 league games over three seasons.

Rusike’s progress has been hampered by injury as well as the partnership between Bradley Grobler and Thamsanqa Gabuza, which has seen the former Hwange forward relegated to the bench or used more as a winger than as an out-and-out striker.

Rusike’s contract runs until the end of this season, although there is an option for him to renew it for another year.

“Evans knows his option comes up this year and for sure if Evans doesn’t bang in goals or making goals I am not going to keep him,” Matthews told the Sowetan.

Rusike has started only four matches for Matsatsantsa this term and has failed to score while registering one assist while last season he managed 15 starts from 19 matches, scoring two goals and providing one assist.

His best campaign for SuperSport was in the 2018/19 season when he started in 27 matches in all competitions and scored six goals while registering four assists.

The warning given to Rusike comes at a time SuperSport have let their more experienced players move on this season – they sold Aubrey Modiba to Mamelodi Sundowns and released defender Clayton Daniels to Maritzburg United.

Rusike has himself been linked with a return to Maritzburg.