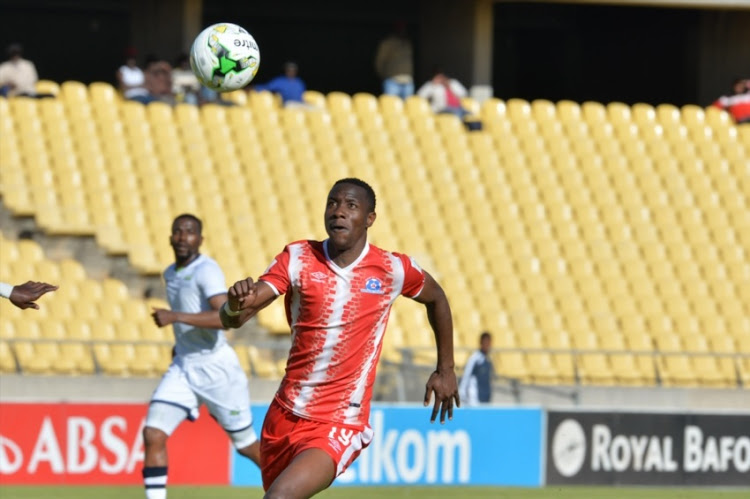 Spread This News
SOUTH Africa: Before making a move to SuperSport United last month, Zimbabwean striker Evans Rusike thought that his next destination would be Europe.

He had previously been linked with a move to Soweto giants Orlando Pirates, who made contact with Rusike’s former side Maritzburg United last season, but a deal did not materialise.

So when the current season got underway, Rusike had his mind on Europe and knew that he needs to work hard to make that move a possibility.

“It’s been good [at SuperSport], but it came as a shock. I was expecting a move to happen at the end of the season for me, but I am happy with the move. My focus going into the current season was to work hard and then wait to see what move will come. I was thinking of Europe,” he tells KickOff.com.

“I was not aiming for a specific club or league in Europe, so I was just going to push hard. There’s no team that does not want a player who is doing well. ”

Matsatsantsa, however, made a move for the player towards the end of the transfer window, making him their marquee signing following the departure of Jeremy Brockie to Mamelodi Sundowns.

“Then I heard SuperSport want my services. They are a big team and they have won things. I said I could fit into the team and I decided to join them,” he says.

Making a move to SuperSport does not mean that Rusike has given up on heading abroad.

“I still have that dream. Joining SuperSport has put me on another level. They have played in the CAF Confederation Cup and they went to the final. So I believe I still have a chance to make a move in future.”