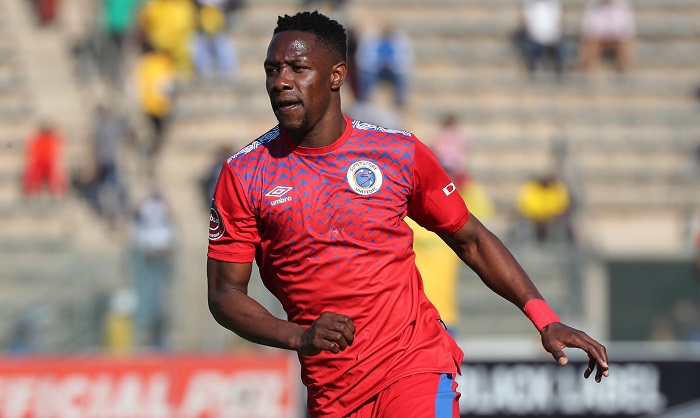 Evans Rusike is a wanted man
Spread This News

SOUTH African premiership side Supersport United have turned down an offer from Kaizer Chiefs for the services of their talisman Evans Rusike.

The Zimbabwe Warriors star has been on Kaizer Chiefs’ radar for a while now and with the Soweto club’s coach Ernst Middendorp having previously worked with the forward at Maritzburg United, the attempt to lure Rusike was not surprising.

But SuperSport believe the 29-year-old still has a big role to play in the club’s efforts to get back to winning trophies.

“Yes, Chiefs wanted Rusike, but we turned them down. We are not looking to sell any of our forwards. We are looking to buy strikers,” SuperSport chief executive Stan Matthews said.

Rusike joined SuperSport United in January 2018 from Maritzburg United as a replacement for Jeremy Brockie‚ though their style is very different.

The versatile forward, who played for Hwange in Zimbabwe’s domestic league has managed seven goals in 31 appearances since the move‚ though last season he was often used out wide as more of a winger.

At the start of last season Rusike was in fine form as he netted four goals (plus two assists) in the first six league matches, as well as scoring against Orlando Pirates in the MTN8.

However, his form took a nosedive when SuperSport switched to a two-striker formation in the second half of the season.

In his last 18 PSL appearances, he netted only one goal. Overall he has 28 goals in 121 appearances in the South African Premier Soccer League.

Rusike was part of the Zimbabwe squad which recently participated at the Africa Cup of Nations tournament in Egypt.

A disappointing display by the Warriors in their final game against DR Congo saw them exit the tournament having collected only one point in three games in Group A.

He is one of the four Zimbabwean players in the Kaitano Tembo-coached SuperSport United squad together with Onismor Bhasera, Kuda Mahachi and goalkeeper Washington Arubi.