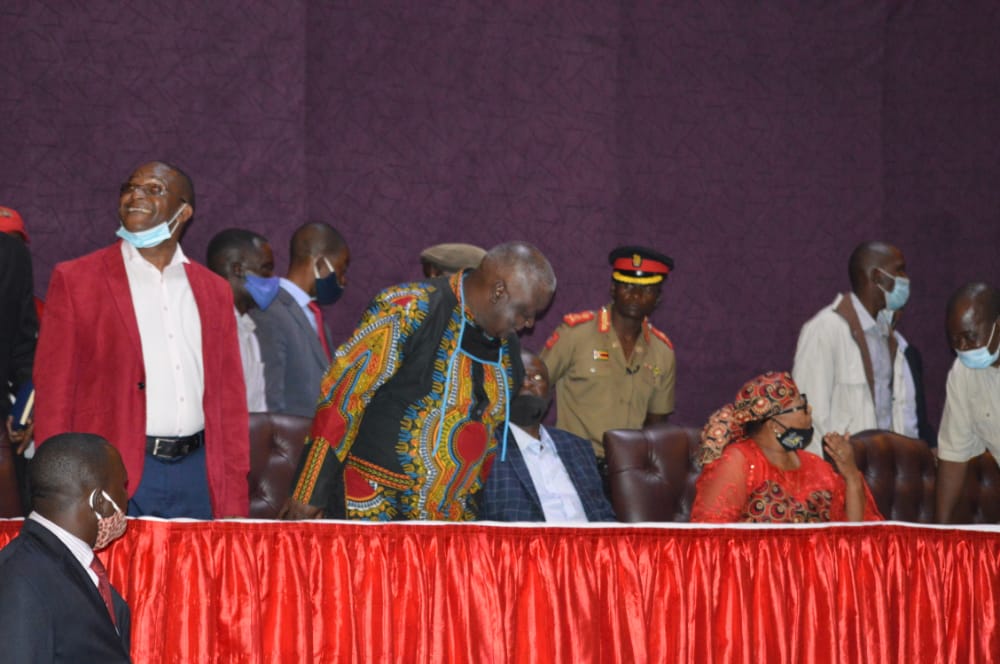 THE MDC held a bruising conference to choose a new leader in December and it has resulted in a legal battle. The MDC’s Thokozani Khupe ran to be the party’s leader against Douglas Mwonzora. She lost the vote and filed a court case to throw out the results, claiming the vote was rigged.

This is just one in a series of legal battles that has weakened and divided the opposition.

In April, the MDC’s Khupe won a Supreme Court judgement to use the official name of the party, MDC-T. Opposition leader Nelson Chamisa opposed Khupe and at the time of the 2018 national elections was the candidate of a coalition of political parties called the MDC Alliance.

Khupe has been stamping her authority on the party by recalling elected members of parliament, causing them to lose their seats.

Some 31 legislators have been expelled in terms of Section 129 (1) (K) of the constitution, which stipulates that “a member of parliament loses his/her seat if he/she ceases to be a member of the party under which they were elected.”

“An MP loses his/her seat merely on account of being recalled by the party that he was voted into parliament at the time of election. They lose their seats yet they might still be capable and have confidence in the voters.”

Chamisa accuses the Supreme Court of bias and political meddling. When the elections were held, Nelson Chamisa led the MDC Alliance, which was recognised as a political party. It appeared on the ballot paper and the MPs campaigned using the MDC Alliance name instead of the MDC-T.

In Gwanda, Matabeleland South, Alice Masawi MDC Alliance district secretary tells The Africa Report how the expulsions of the representatives in parliament has violated the voting rights of the electorate.

“A constituency without representation in parliament lacks in terms of its issues being forwarded, there is no legislative response and it is left,” argues Masawi.

Masawi adds: “We elected the leaders of our choice to represent us in parliament, the recall which was done mysteriously at a critical time when the country was battling with the deadly pandemic coronavirus has severely impacted on our rights as the electorate.”

“We voted for MDC Alliance MPs led by Nelson Chamisa, not MDC-T led by Thokozani Khupe. It was very clear on the ballot paper and we know whom we voted for. The decision to recall our MPs is not justified. It has severely impacted on women as we strive for equal representation in parliament,” Masawi concludes.

A 2020 Crisis in Zimbabwe Coalition publication, The Southern Africa Power Matrix- Covid-19 and the Shrinking Democratic Space in SADC, exposes how authoritarian governments with the SADC region have closed democratic space following the outbreak of global pandemic, coronavirus.

“The outbreak of the Covid-19 pandemic in Southern Africa in early March 2020 saw most governments passing emergency laws, decisions which have far-reaching consequences for political participation and inclusion, risking a new crisis of democracy,” read the report.

Chikwinya tells The Africa Report that, “The subtraction of legislators from parliament has further weakened the opposition in the 9th parliament. It is a travesty of justice and dark period for democracy in Zimbabwe and the executive is using Covid-19 regulations, which are not superior to the constitution, to stifle the holding of by-elections,” Chikwinya adds.

The constitution of Zimbabwe provides that where a vacant has arisen in parliament it has to be filed within 90 days. The Crisis in Zimbabwe Coalition report that the government has used the global pandemic to stifle electoral and democratic rights of citizens.

“In Zimbabwe, the government used a cocktail of strategies to weaken the opposition, a position that was interpreted as interference into the oppositions’ factional differences and prop up the ruling party’s preferences. Elections were modified, postponed and cancelled considering the health risks posed by the pandemic,” read the report.

By-elections to fill the vacant posts have been postponed. Without a budget for elections, the elections are likely be held after July 2021.

Chikwinya says: “The objective of the ruling party is to destroy the opposition. The minister of finance refused to budget for by-elections this year. For us to hold by-elections we will need an extra supplementary budget that can only be debated in July 2021.”