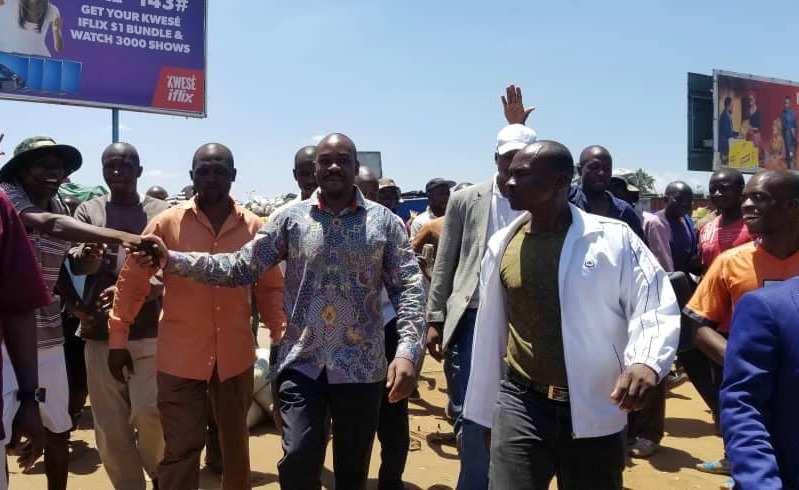 AN unannounced visit to Mbare Musika bus terminus by MDC leader Nelson Chamisa on Monday brought business to a standstill as some travellers, vendors and bus operators jostled to catch a glimpse and take selfies with him.

Chamisa’s security aides had a tough time trying to control excited crowds which swelled as word went around that the charismatic opposition leader was at the country’s busiest long distance bus rank.

The MDC leader’s surprise mid-day visit caught many by surprise.

Chamisa moved from one bus to another chatting to travellers who were going to different places around the country. 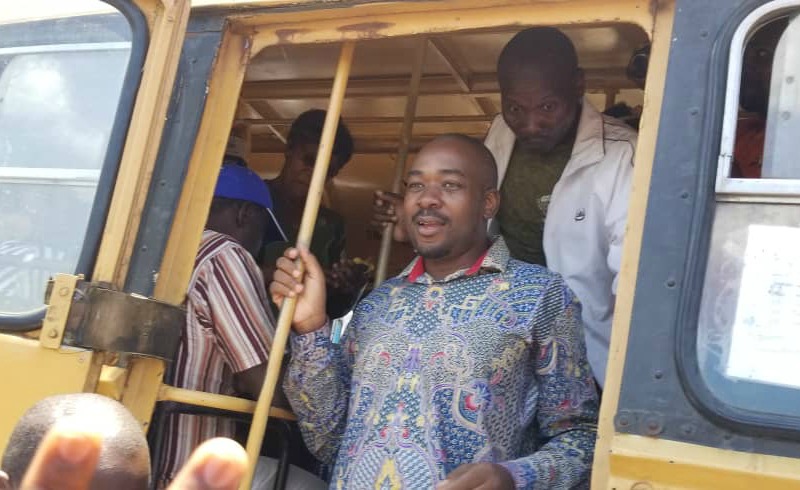 “Bus fares have been increased from $10 to $50 and it will be difficult for us to come back,” one excited traveller in a bus going to Masvingo told Chamisa.

“And the buses are demanding cash only as a mode of payment.”

Outside the buses, hundreds of people were chanting both his name and MDC slogans.

“This is the real people’s president who comes and listens and see for himself the challenges we are facing. Not ED (President Emmerson Mnangagwa),” shouted one vendor.

Awe-struck junior police officers manning the Mbare Musika police post within the rank monitored the situation from their base.

“Chamisa, the economy is in tatters please gadzirisa zvinhu (please fix the economy).

“We are buying fuel from the black market, hence the increase in bus fares,” said a Kurai Bus driver while addressing the 40-year-old opposition leader.

Chamisa briefly addressed the travellers and told them he understood the economy was in dire straits and it was time Mnangagwa swallowed his pride and work with his party that he said had answers to the worsening crisis.

The 2018 Christmas period is the country’s worst since the 2008 economic crisis.

Most Zimbabweans have failed to travel as the country faces acute cash and fuel shortages.