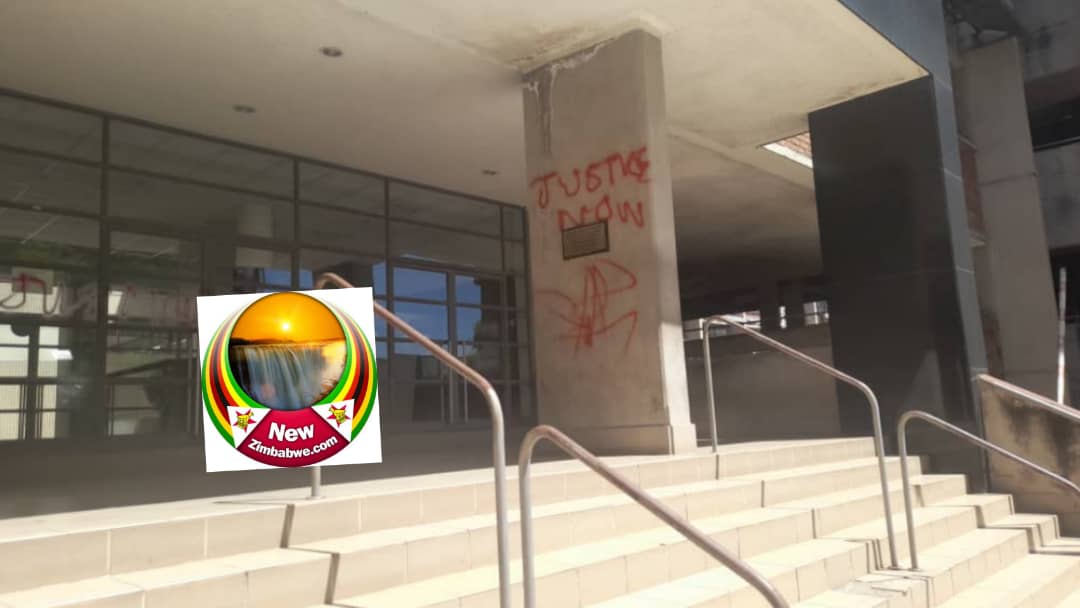 The placard waving activists of about 10 also sprayed graffiti on the walls and floors of the building while chanting protest songs.

“Justice now,” read one of the messages.

Other messages on the placards read, “Ziyambi Must Go”, “Malaba Must Go”, “Citizens Convergence for Change”, “Mako Is Not A Criminal”, “Free Chivi, Mako, Joanna, Cecilia”, “Hands Off Our Courts”.

They later dumped the placards in front of the government building which has been a common spot for demonstrations by teachers, activists and war veterans during the tenure of former Finance Minister Tendai Biti.

Similarly, Joana Mamombe and Cecilia Chimbiri are both MDC Alliance activists who have been languishing in prison custody for weeks charged with breaching Covid-19 regulations after they staged a demonstration at Harare Magistrates’ Court denouncing the arrest of Haruzivishe.