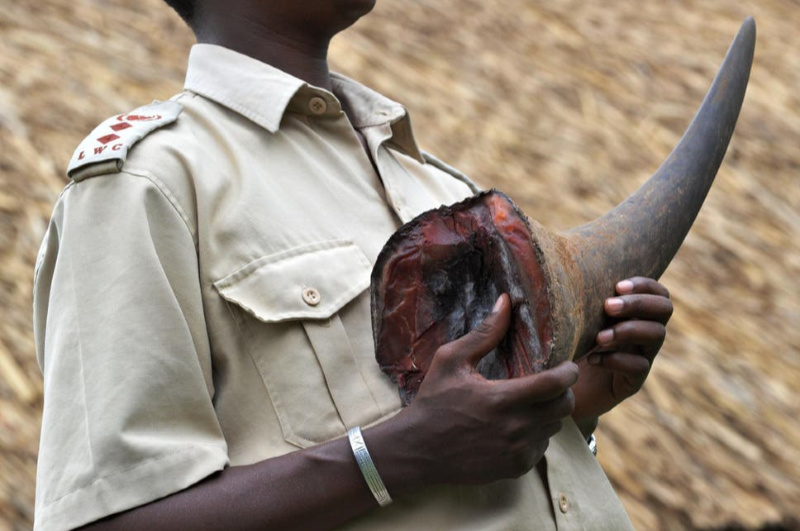 A BULAWAYO man who was suspected of poaching reportedly collapsed and died at the entrance of Dete police charge office in Matabeleland North where he had been moved after his arrest.

According to a police report compiled after his death, Brighton Munkombwe, 30, of Douglasdale in Bulawayo, collapsed at the entrance of the police charge office last Friday.

He was arrested after he was found with three kilogrammes of the deadly cyanide granules in a bag when he was cornered by an anti-poaching reaction team of police and rangers.

The reaction team had received a tip-off that Munkombwe wanted to buy ivory from some villagers and laid an ambush in Gwayi.

Four villagers who Munkombwe was suspected to have been trading with fled, leaving two elephant tusks when the reaction team pounced on them at midnight. This happened about eight kilometres away from Gwayi shops along the Gwayi-Lusulu road.

“The informant teamed up with two support unit police officers and four other rangers and laid an ambush at 7 pm along Gwayi-Lusulu road,”

It is alleged at around midnight, Munkombwe and four unidentified men appeared from the direction of Gwayi business centre carrying a pair of ivory.”

The reaction team tried to arrest the five but they fled into the darkness.

Munkombwe, who was carrying a black satchel, failed to keep speed and was arrested. The recovered bag had three kilogrammes of cyanide.

The reaction team recovered two elephant tusks abandoned by the four suspects when they fled.

The team took Munkombwe to Dete Police Station but he collapsed on arrival at the entrance to the charge office.

The police rushed Munkombwe to Dete Clinic for Covid-19 screening and it was discovered that his temperature had dropped to 32 degrees Celsius.

A report of sudden death was made and the body was taken to Hwange Colliery Hospital before being transferred to Bulawayo for a postmortem. The results of the postmortem could not be established.