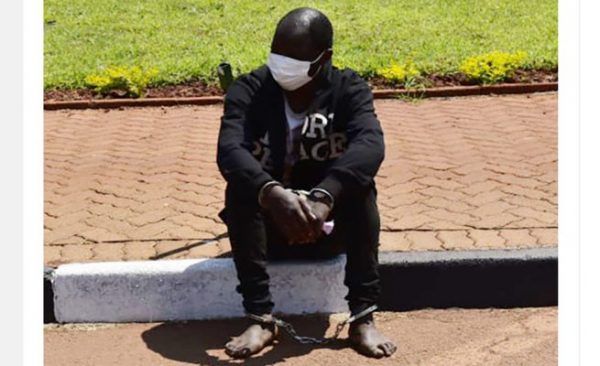 The 31-year-old appeared before a Harare magistrate Thursday charged with escaping from lawful custody and theft of a motor vehicle.

These fresh charges add up to the 25 counts of rape, robbery and impersonation he was arrested for last August.

Muropa told the court he escaped from Harare Remand  Prison with the aid of prison wardens after his unnamed brother made the arrangement.

He will be sentenced on October 12 on the charge of escaping from lawful custody.

The complainant, in the prison break charge, is the state represented by Charles Madyira, a member of the Zimbabwe Prison and Correctional Services.

Allegations are that on  August 16 this year, the accused person appeared at the Harare Magistrate Court facing several counts of rape and armed robbery.

Muropa was remanded in custody before he was taken to Harare Remand Prison.

He was then committed to ‘D’ Class cell C12 with other inmates.

The state alleged on October 1 at around 18:45 hours, Muropa escpaed from lawful custody.

The offence was discovered on the same date during a physical count of inmates.

Checks were allegedly made around the Harare Remand campus and nearby places, but he could not be located.

A report was made at the Harare Central Police Station and on October 5, detectives from CID Homicide section received information on the whereabouts of Muropa leading to his arrest in Kuwadzana, Harare after a speed car chase.

On October 6, Muropa made formal indications at Harare Remand Prison on how he escaped from lawful custody and a video footage of the indications made by the accused person will be produced in court as exhibit.