The court ruling reinstates Thokozani Khupe as interim party leader, based on her election as the party’s only deputy president at the time.

Mutodi, an ally to President Emmerson Mnangagwa was quick to tell Chamisa via Twitter he should swallow his pride and submit himself to the MDC’s 2014 authority. 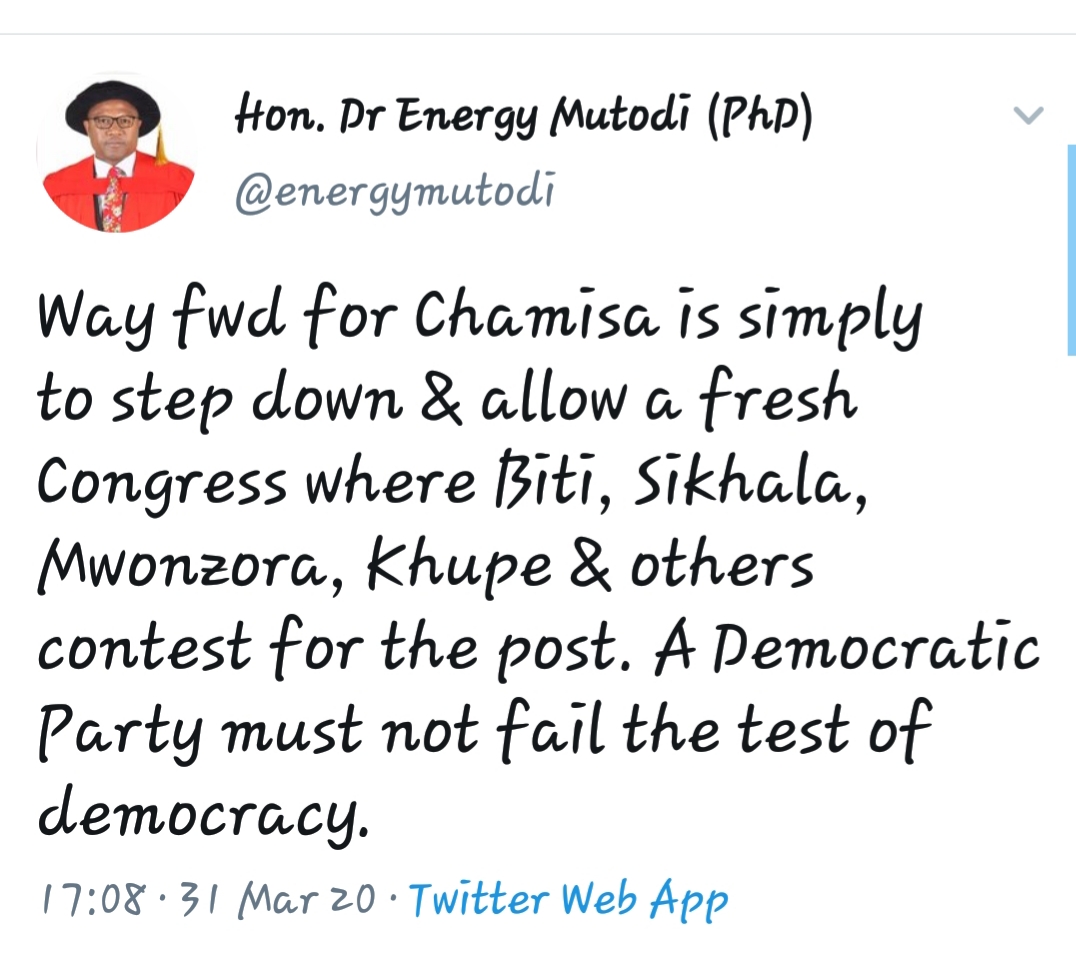