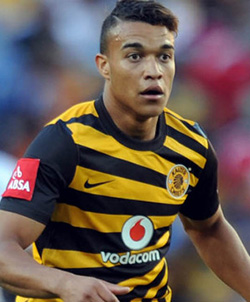 ZIMBABWE international forward Matthew Rusike will remain in Sweden after he signed for Swedish Allsvenskan side Helsingborgs IF on a three-year deal.
The 25-year-old former Kaizer Chiefs striker was relegated with Halmstads BK last season but will remain in Sweden for the new season, which starts in April, his new club has confirmed.
“I look forward to seeing him here. As a player, he will be of great benefit to Helsingborgs IF for the next three years,” manager Henrik Larsson told the club’s official website.
“It will be exciting to work with Matthew. He is a delicately propelled forward with speed who also works well with his back to goal.”
Rusike added: “It is a wonderful feeling to be part of a great club. I have always known HIF as a big club in Sweden and Scandinavia.
“I am a fast striker and long to work hard for the team.”
Rusike scored four goals in 11 games for Halmstads last season.Advertisement