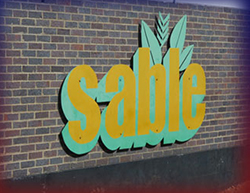 FERTILISER manufacturer, Sable Chemicals, has resorted to importing its raw materials from South Africa after its local manufacturing plant was shut down after being taken off the national power grid.
Zesa Holdings made the bizarre move to switch off the plant and channel the 40 mega watts it was supplying the Kwekwe-based plant to residential areas as the country battles a critical shortage of electricity.
The move has affected about 500 workers at the plant.
On Thursday energy Minister Samuel Undenge told legislators that the company had not been completely switched off.
“I would like to take this opportunity to explain the Sable Chemicals situation,” Undenge told Parliament.
“It has caused a lot of debate but it must be understood that the longstanding arrangement left by the pre-independence administration had become unsustainable and untenable.”
He added: “The arrangement was that Sable Chemicals was getting power at a subsidized rate of 3 cents per kilowatt hour while the other 3 cents was paid by government as a subsidy.
“However we realized that ZESA is now owed $150 million and had been responsible for the cash bleeding at ZESA.”
Undenge claimed the new set-up would allow the company to “retain most of its workforce” adding Sable was now getting 11 kilowatts “and that should be enough to allow them to keep majority of the workforce”.
Meanwhile, in a statement, Sable Chemicals company secretary Victor Makoni said the Ammonium Nitrate produced at the plant is all consumed by the local market.
“Sable has an installed capacity to produce 240,000 tonnes of AN per annum,” said Makoni.
“This volume is produced using 115,000 tonnes of ammonia, of which 72,000 tonnes is produced at the factory in Kwekwe, and the balance of 43,000 tonnes is imported from South Africa. All the AN is consumed by the Zimbabwean market.”
Makoni added: “The hydrogen required for the production of ammonia at the factory is produced using electrolysis technology. This technology accounts for 90 per cent of the electricity used at Sable.”
The company will import ammonia to produce fertilizer for the local market while working on long term strategies to address the power supply crisis.
“In the short term, Sable will immediately adopt a business model that depends on manufacturing Ammonium Nitrate using imported ammonia to ensure adequate supplies of Ammonium Nitrate in Zimbabwe,” said Makoni. Advertisement

“In the meantime, Sable will continue to pursue the long term plan to migrate to a technology that manufactures Ammonium Nitrate using less power intensive methodology.
“To this end, feasibility studies have been undertaken to evaluate the commercial viability of using Coal Bed Methane (CBM). The results of these studies are positive. However, migration to new technology will take some time.”
However, the new business model might result in some of the employees losing their jobs
“Sable has just over 500 employees and this change in business approach will regrettably necessitate a realignment of the manning levels to match the new business model.”