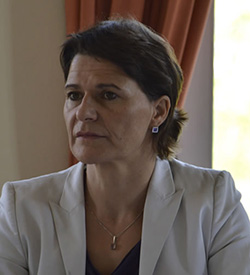 FINANCE minister Patrick Chinamasa and Switzerland have signed a cooperation agreement that will see Zimbabwe receiving at least $10 million in humanitarian and technical aid.
Signed last Thursday, the agreement will strengthen cooperation between the two countries in areas of sustainable socio-economic development, service delivery, humanitarian aid, human security, peace and governance.
“The agreement we signed today will strengthen the bilateral cooperation between Zimbabwe and the Swiss government, thereby widening the scope and target groups for the projects currently under way, as well as, open new avenues for developmental projects,” said Chinamasa at the signing ceremony.
Ambassador Ruth Huber said “this agreement places our existing cooperation within a clear legal framework and confirms the commitment of the Swiss government to continue supporting the country and the people of Zimbabwe in improving their livelihoods and achieving peaceful socio-economic development”.
The embassy said Zimbabwe has been on its priority list since 2008 with support targeted at the country’s re-engagement efforts with western countries and international financial institutions. Although progress has been registered, qualify is yet to qualify for aid.
“In 2016, Switzerland spent approximately $8 million on development projects in Zimbabwe and is planning to increase this amount progressively to approximately $10 million per year in the coming years,” said the embassy in a statement.
“These resources will enable vulnerable population groups in the country to better manage the challenges of food security, health and water, sanitation and hygiene.
“For this reason, Switzerland is supporting, among others, efforts to tackle food insecurity among smallholder farmers, reduce the incidences and vulnerabilities of HIV/AIDS especially among adolescents and young people and increase the availability and access to quality rural water and sanitation.”
The embassy has been facilitating dialogue between various parties involved in the alignment of laws to the 2013 constitution.Advertisement