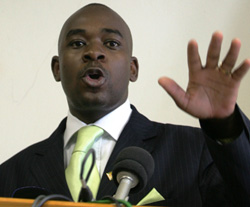 FOR decades our countries have more or less, and rather similarly, all suffered from the same kind of perpetual bad governance, corruption, nepotism, dictatorship, impunity and general incompetence. There is a disturbing lack of accountability and transparency at the core of our governance systems that borders on the arrogance of those in public office who often behave like they own the countries and people they rule.
They (our mal-governors), create circumstances that breed an environment whereby those who have are indeed endowed well beyond their actual needs and subsistence. Those who do not have are reduced to sub-humans who live from hand to mouth and often do not even know where their next meal would come from. It is opulence against the backdrop of a sea of grinding poverty.
Because of the abject state of poverty in which our people are used to live, they become subdued and rather indebted to those in government who treat them as subjects rather than fellow citizens. Ruling parties behave like dynasties that ensure that those in their ranks are well looked after at the expense of those who do not belong to them.
Government officials behave like zealots who are answerable only to themselves and their parties and they hold the rest of their compatriots in utter disdain. Usually and disturbingly so, there is no distinction between a ruling party and the government because the civil service is always stuffed with party apologists and the ruling party is often a flipside of the government and vice versa.
Our governments create a system of patronage whereby those who subscribe to that system are rewarded handsomely for their deft services such that it becomes unattractive to be honourable. At best, the services vary from bootlicking and sycophantic praise singing and showering of often undeserved accolades to incompetent but senior government and ruling party officials. At worst there are those whose puppetry is so extreme that they are prepared to inflict physical harm on those who dare speak out against their puppet masters.
One disturbing aspect of our political tomfoolery is that this kind of sycophantic praise singing, bootlicking and vigilante enforcement of support is no longer only confined to the ruling parties and government. The disease is now so contagious that it has significantly spread to the realms of our opposition parties who ironically exist for the sole reason of replacing those in power with a supposedly better alternative governance models. The sycophantic voices are actually loudest in the opposition ranks than in the ruling party ranks with party rank and file falling over each other to hero warship their leaders in return for snippets of donor funds.Advertisement

The leader of the opposition is idolised and showered with praises and in some cases blasphemous accolades with party loyalists competing in outdoing each other to see who comes up with the most endearing superlatives. Of course there are always rewards to be racked in through this unhelpful, distasteful and sometime really nauseating flurry of sycophantic and bootlicking activities because the loudest and most avid cheerleaders are always entrusted with responsibilities that are commensurately disproportionate to their capabilities.
The sad outcome from this pathetic state of affairs is that we have perpetually incompetent leaders in office who are somehow sustained through a system of stage-managed stunts that do not in any way help our people in any long term. Everything revolves around the leader and those around him are in return adequately rewarded for keeping their eyes shut while their mouths are wide open and cheering all the way through the oft life-terms of their “idols”.
Because of this system of praise rather than actual performance appraisal neither the leaders nor their cheerleader care about efficient execution of duties because either way, they are all rewarded. They all benefit out the arrangement and the only people who suffer are those out of the tent and no wonder some people end up trading their souls in return for survival. To complicate matters further, those who are part of the system of patronage actually eat from the trough while those who shun it are in turn shut out of the gravy train. On the face of it, it would therefore appear as if it does pay to be a sycophant while it is punishing to be an honest and self-respecting critic of the status quo.
Unfortunately, this cyclic wheel of incompetence, sycophancy, patronage and lack of accountability has been re-invented in Africa for all too long. This is what has condemned the vast majority of our people to a life of endless suffering because, unfortunately, those that rule or are in any way connected to them are always the minority whereas those who are ruled are the majority.
On one hand it pays very handsomely to be in government, to be in a ruling party, to be in any way associated with the government and or the ruling party while also on the same token, if you are not in government or ruling party, it does equally pay to sing sycophantic praises and bootlick those in power especially if one wants an easy way up the economic and business ladder. On the flip side of things, the vast majority of our people continue to be short changed by an equally culpable breed of opposition politicians who prey on the vulnerability and desperation of our people most of whom are on their wits end due to poverty, through worming their way into their impoverished hearts with the promise of better things when they trade positions with the sitting governments.
For as long as we do not produce politicians of the calibre that is above the compromise of scruples this vicious cycle of poverty and disease will continue to plague our people because our governments will continue to be incompetent, intolerant and unaccountable with impunity. Also, and sadly so, our opposition politicians will continue to be the carbon copies of the very same dictatorships and fountains of patronage that they supposedly seek to replace.
And while our ruling and opposition parties continue to fete themselves and their respective sets of hangers on, the majority of our people will continue to suffer. It is time for the raising of the bar of national politics in Africa generally and Zimbabwe particularly where honour and dedicated service will be the clarion call to serve in public office. Not self-enrichment of the few while the majority wallow in abject poverty.
Silence Chihuri writes in his own personal capacity. He can be contacted by email silencechihuri@googlemail.com  or Twitter @SChihuri