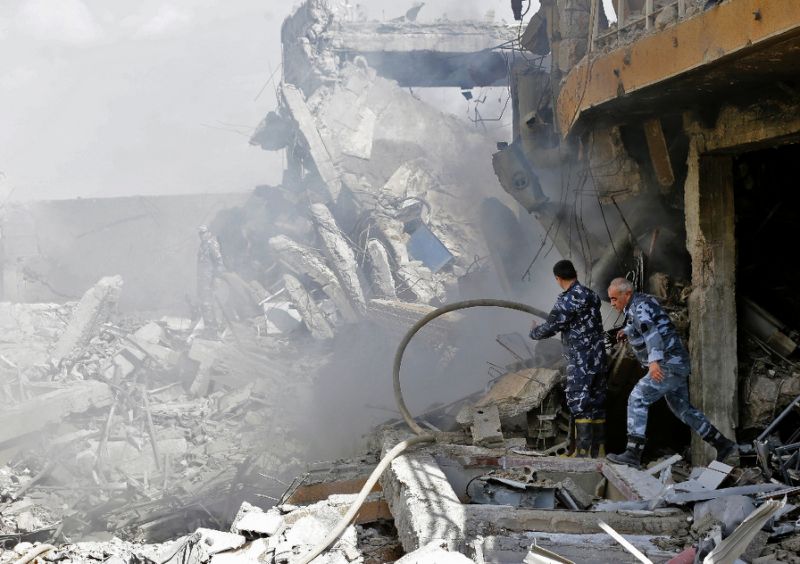 The UN has called for an urgent de-escalation in north-western Syria, after fighting between government and opposition forces reportedly left dozens of civilians dead or injured.

The region is covered by truce brokered in September by Russia, which backs President Bashar al-Assad, and Turkey, which supports the opposition, that has spared the 2.7 million civilians living there from a major government offensive.

A “demilitarised buffer zone” was established along the front line to separate opposition and government forces.

Mainstream rebels were required to pull their heavy weapons out of the zone, and jihadists were told to withdraw altogether.

But a takeover of the enclave in January by the jihadist alliance Hayat Tahrir al-Sham, which was known as al-Nusra Front until it broke off formal ties with al-Qaeda in 2016, put the truce deal at risk and was followed by increased hostilities.

Government and Russian forces intensified their air and artillery strikes on opposition-held areas of southern Idlib and northern Hama last month, saying they were attacking jihadist positions in response to repeated truce violations.