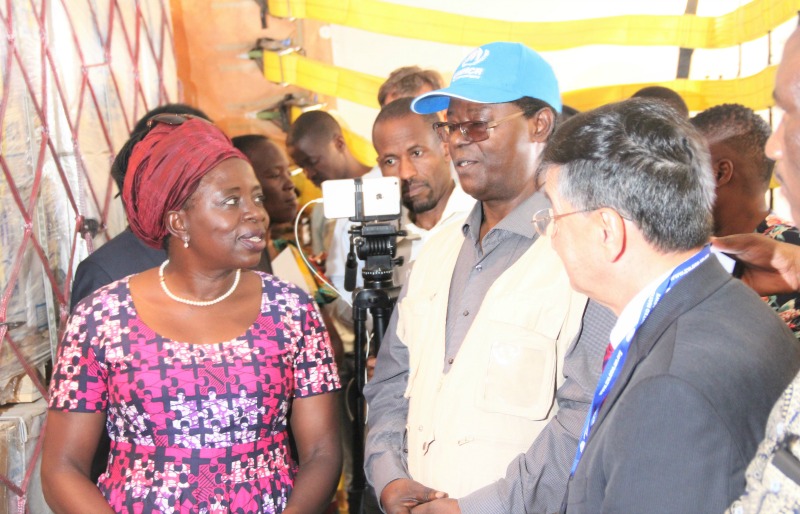 GOVERNMENT has incorporated the army in efforts to distribute food and other forms of aid to survivors of the recent Cyclone Idai that killed nearly 200 locals, left hundreds missing with more in need of forms of assistance.

This was revealed by Public Service Minister Sekai Nzenza while receiving some 80 metric tonnes of material assistance from the United Nations High Commissioner for Refugees (UNHCR) on government’s behalf at the Robert Mugabe International Airport Sunday afternoon.

In her comments, Minister Nzenza assured UN officials that food and goods donated will reach their intended beneficiaries.

“I also want to assure the UN family that as a government, we are committed to good governance and we will ensure that every single donation that has been given will be delivered to the point of need, to the most vulnerable people who deserve that support that we have got from our UN family.

“There will be absolute transparency in getting those goods to the right people,” Nzenza said.

The government official also said that in order for the goods to reach the victims and for transparency purposes, security agencies such the Zimbabwe National Army and the Air Force of Zimbabwe were going to render some assistance.

“So we have worked and put in place a system to ensure that food or goods are dispatched from the warehouse. We have security to get to the nearest point of need and it’s clearly documented,” she said.

“Regarding reports that the distribution of food and goods to people who were affected by the recent wave of Cyclone Idai is done on partisan lines, I do not have the facts with me but we are here to make sure that that does not happen.

“Challenges do happen and our role is to ensure that when there is a challenge, we do address that challenge.

“I must also salute the Generals of the army and the Air Force of course they did remarkable work in Chimanimani and I salute you and now the goods will be moved from warehouse for distribution to the victims in their presence.”

Recent reports from Manicaland have linked Zanu PF to acts of discrimination against non-party supporters during the distribution of the items.