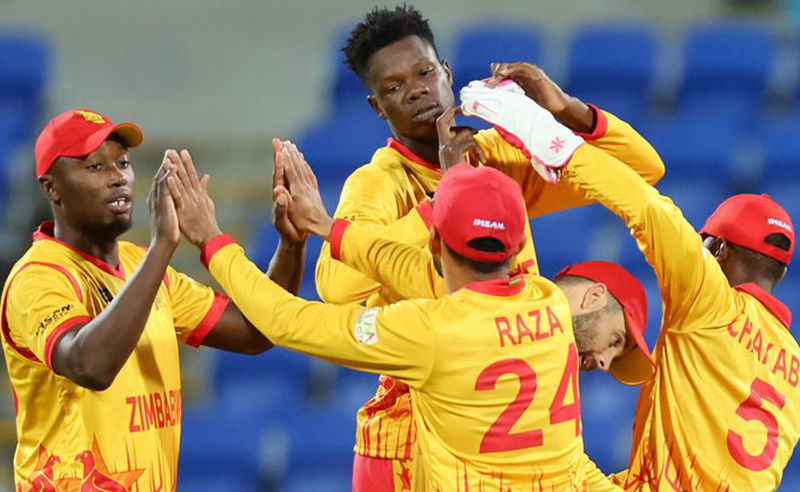 ZIMBABWE qualified for this T20 World Cup in July, but for the past three months, coach Dave Houghton has given short shrift to the idea that they qualified for anything at all.

For him, qualification meant getting through to where he feels Zimbabwe belong, in the Super 12s. He wasn’t too keen on going to Australia only to come back after playing three games.

The self-serving approach might be to overplay the achievement of getting to the main round, burnishing his credentials as a coach, but at every opportunity, Houghton has chosen to underplay it.

“I did say to the guys when we left home, it’s nice we qualified to get here, but that’s not our main objective,” he said after Zimbabwe’s beat Scotland to make the Super 12s.

“Our main objective is to get through and then cause as much damage in the next stage as we can.

“Obviously we’re over the moon. When I took over in June or so for the qualifiers in Bulawayo, the biggest and main objective was to get here.

“We got ahead and won five of those games, and they were as pressurised as any game because each game was like a cup final.

“So we had some sort of experience of playing a game with as much on it as this one is like today.”

Zimbabwe had left themselves with no room for error after a disappointing batting performance saw them slump to defeat against West Indies.

In that game, Houghton’s preference for ultra-aggression had perhaps played a part in the defeat, with Zimbabwe going after a quality West Indian bowling attack even when the required rate meant they could have adopted a more sedate approach. 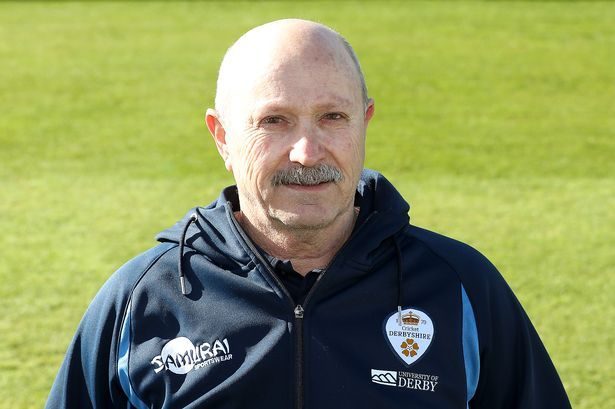 A predisposition for caution in this crunch game might only have been natural, but Houghton has drilled his side too well to let them fall back into those old habits.

“Going into today’s game, I wanted us to play the same way,” he said.

“I’m excited by the fact our players will continue to do it. Win or lose in a cut-throat game like today, we could be going home at 6 tomorrow morning, or staying in the hotel overnight and preparing for the next round.

There has been a sea change in results and the morale in the Zimbabwean camp since Houghton took over about four months ago.

But Houghton doesn’t believe himself to be a tactical mastermind who overhauled the way Zimbabwe played cricket, somewhat quaintly admitting he “doesn’t really know the answer to what he’s brought to the team”.

“The only thing I’ve done to the guys is saying ‘you have the freedom to play, and there will be no repercussions if you make mistakes’,” he said.

“One other thing I’ve done is changed our practising schedules. The Zimbabwean guys have worked really hard to get techniques to compete at this level, but they’ll over-practise.

“If I leave them to their own devices, they’ll practice from 8am to 4pm every day of the week. The problem with that is that by day two, the practising becomes mundane and boring and nobody is actually going forward.

“So I’ve really cut back on our practices. Our practices are a bit shorter and with a bit more quality, and there are days where I won’t let them practise at all because I think energy on the field is more important than a few balls in the nets.”

“The guys have worked really hard to get techniques to compete at this level, but they’ll over-practise. If I leave them to their own devices, they’ll practice from 8am to 4pm every day of the week. So I’ve really cut back on our practices”

Houghton has also repeatedly offered a straight bat to any invitations to criticise the previous coach Lalchand Rajput or his setup, even if the difference since his arrival has been like chalk and cheese. But in his own taciturn way, he did offer suggestions as to why Zimbabwe found themselves in such a deep malaise earlier this year, hinting there were perhaps “too many repercussions, a bit of over-analysis and a bit of over-practising”. He also said that Zimbabwe didn’t really have too many team talks under him. It is something fast bowler Brad Evans also told ESPNcricinfo earlier, saying a meeting that lasted ten minutes under him would be considered unduly long.

“I don’t think it was too difficult,” Houghton said. “Nobody wants to be unhappy. So to get them to go from unhappy to happy is not that difficult at all. Once they realised that I’m not going to be a person who’s going to be standing there pointing fingers and shouting at them all day, I think immediately there was a change in attitude.”

The last time Houghton was Zimbabwe’s coach at a World Cup was at the ODI edition in 1999. On that occasion, too, Zimbabwe qualified for the second round and finished fifth, their best performance at a World Cup. It included wins against South Africa and India in the first round.

It’s perhaps tempting to get carried away, but Houghton has the experience to understand the step-up in the quality his side is about to face. “I’m happy to talk about our ambitions, but I don’t want to be unrealistic,” he said. “Obviously everybody would sit here and say we want to win it. We want to cause some damage. If we could take home a couple of big scalps as well, that would be great.”

Just as he is about to leave, though, there is a mischievous little glint in his eye and the shadow of a smile. “If we could get into the semi-finals, even better.”

Houghton then gets up and makes his way out to join his players in the celebrations. He is a happy man in charge of a happy team. Despite Zimbabwe Cricket’s financial condition, you cannot put a price on that.