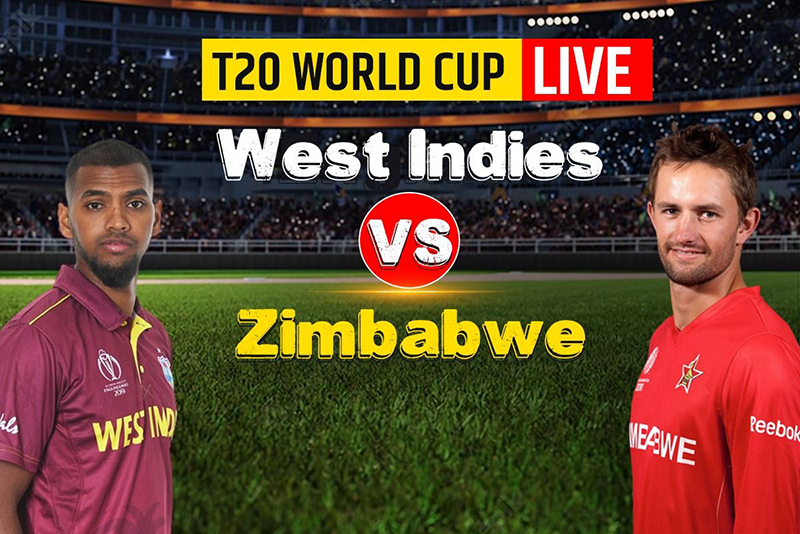 The West Indies have kept their T20 World Cup campaign alive, overcoming another batting collapse, horror run out and wayward early bowling to beat Zimbabwe by 31 runs in Hobart.

The two-time champions defended 7-153 on Wednesday night on the back of a career-best four-wicket haul from Alzarri Joseph, getting back on the winners’ list after a shock loss to Scotland two days ago.

The result means Group A teams Scotland, Zimbabwe, the West Indies and Ireland all have one win and one loss to their name ahead of the final two group matches on Friday.

The top two teams in the group will progress to the Super 12 stage of the tournament.

After winning the toss and electing to bat, the West Indies suffered a collapse of 4-11 in the middle overs including a run out in which Johnson Charles slipped over trying to get back to his crease.

They got off to a horror start with Kyle Mayers’ first over going for 18 and Akeal Hosein conceding a no-ball in the second over for having too many fielders behind square on the leg side.

Joseph (4-16) picked up the crucial first breakthrough in the third over, before the experienced Jason Holder (3-12) helped turned the screws.

Joseph returned late with two wickets as Zimbabwe were all out for 122 in the 19th over.

“It’s very encouraging but we know the job is not done. We still have one more game to play, we need to get that win to get to the next round,” Joseph told broadcasters.

Scotland and Zimbabwe sit first and second in the group on net run rate, which could prove crucial with showers possible in Hobart on Friday.

Zimbabwe’s Sikandar Raza was outstanding with the ball, picking up 3-19 from four overs with his mixture of off-pace deliveries.

The West Indies, who next meet Ireland, suffered a collapse of 7-26 in their loss to Scotland.

“The energy with the ball after the first two overs (was impressive).”

Zimbabwe will be aiming to bounce back against Scotland, who went down to Ireland by six wickets earlier on Wednesday.