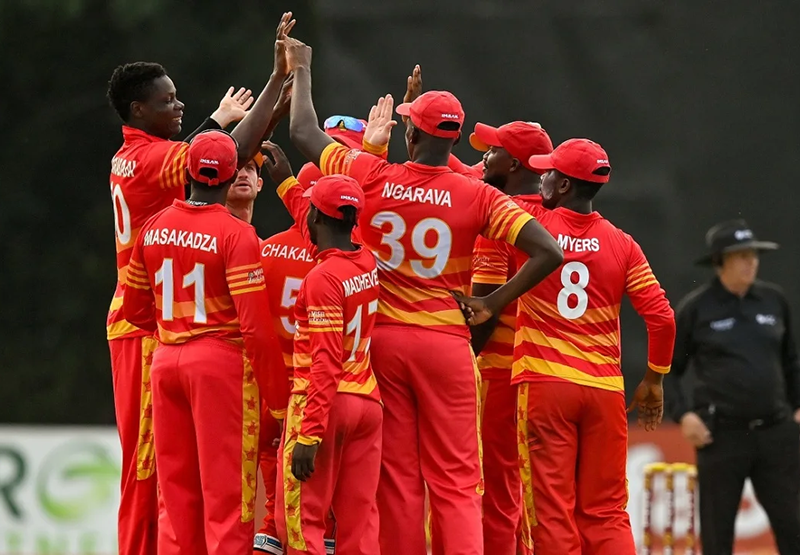 It was all a dream for Zimbabwe to have a Formula One racetrack.

A dream sold by politicians who argued it could be a major tourist attraction, especially if it was built near the country’s prime tourism destination, Victoria Falls.

The racetrack was set to be constructed between Victoria Falls and Hwange National Park, two areas which are in the Zimbabwe section of the Kavango–Zambezi Transfrontier Conservation Area (KAZA) that cuts across Zambia, Botswana, Namibia, and Angola.

KAZA is home to almost half of Africa’s elephants, as well as an array of other animals such as African wild dogs, hippos, rhinos, lions, buffalo, zebras, crocodiles, and cheetahs.

Zimbabwe’s cricketers have been urged to seize their chance at the T20 World Cup, with their coach saying his team have every chance of upsetting some of the tournament’s more fancied sides.

Appearing at their first global tournament in six years, the Africans face Ireland, the West Indies and Scotland in their first-round group in Australia.

Only the top two will progress to the Super 12 stage of the competition, and Zimbabwe head into their opener on Monday ranked above both European sides in Group B.

“But the great fun about being in these World Cups is the ability to upset some of the big dogs.”

The momentum that Houghton has now built as coach after a few difficult years could give the side a chance of a good tournament, if things go their way.

“We have probably got more talent now than we had going back 10-15 years or 20 years when reached our peak around the 1999 World Cup,” added Houghton.

“It’s an absolute privilege to be here and you just hope we do ourselves justice on the big stage.

“We know what we’ve got to do – we’re here to qualify for the main groups. That pressure was on us before we left home, even without the knowledge of where we are in the rankings.

“These three games that we are playing are games we should win, so let’s go out there and play our best cricket.”

After spending 42 hours travelling to Australia, Zimbabwe lost a warm-up match to Sri Lanka by 33 runs on Tuesday and face Namibia on Thursday before their opening World Cup tie against Ireland on Monday (08:00 GMT).

Houghton’s return to the job in June has seen Zimbabwe producing some impressive results.

He first helped them book their spot at the T20 World Cup, navigating a qualifying tournament on home soil against lower-ranked teams in July.

A One-Day International series win in Bangladesh was followed by a home series defeat to India, but with a creditable performance in the last game when they went down by just 13 runs.

The Chevrons then went to Australia, and despite losing that ODI series 2-1, they recorded their first ever win there, at the 13th attempt, with a three-wicket victory in the final match.

Pakistan-born Sikandar Raza impressed in the first two of those ODI series, scoring two centuries against Bangladesh and another against India, but the in-form 36-year-old had a major health scare last year and could have easily missed out on the T20 World Cup.

Tests discovered that Raza had a bone marrow infection which was suspected to be cancerous and he underwent surgery to remove a tumour.

“There were a lot of terms that I didn’t understand, but the initial diagnosis was a potentially cancerous tumour in my bone marrow,” Raza recently told ZTN Prime.

“It was tough. I was struggling to break it down to my family and they grew anxious. [One day] my mum knew that something big was happening, she could see in on my face and she said ‘tell me what is happening’.”

After surgery, Raza was later cleared of illness and is now in the form of his life, winning the International Cricket Council’s player of the month award in August following his two unbeaten tons in Zimbabwe’s first series win against Bangladesh.

Hopes are that Raza, who is also making useful contributions with his bowling, can help to take the Chevrons – whose nickname comes from the pattern of the brickwork of the Great Zimbabwe monument in Masvingo province – some way in the tournament.

“Health-wise, Sikandar had a couple of operations and wasn’t sure he’d ever get back and play cricket,” Houghton added.

“To have him playing as well as he has over the last three months is absolutely fantastic. He’s been a real leading star for us.

“It’s always good when your senior players have got good form because they are the ones that the the youngsters look for [to give them] courage themselves to play.”

Captain Craig Ervine is also back from injury, and Zimbabwe are in Australia with a full-strength squad, with the only setback in their preparations being the departure of batting coach Lance Klusener.

The former South Africa all-rounder stood down on the day of the team’s departure for Australia to “pursue professional engagements around the globe”.

This came soon after the addition of Steve Kirby, an Englishman who has previously worked alongside Houghton at Derbyshire, as Zimbabwe’s new bowling coach.

“I keep it simple, I never tell the lads what to do, it’s about building relationships with the players, and that we work hard for each other,” Kirby said.

The squad has a very promising youngster in 22-year-old all-rounder Wesley Madhevere, who has played for Zimbabwe at three editions of the Under-19 World Cup, and is seen as a future mainstay of the team.

While always capable of causing an upset, the key to Zimbabwe having a good tournament will be to build some consistency, having exited in the first round in all five previous appearances so far.

And if they adopt the right approach, says Kirby, then the Zimbabweans can go further than expected.

“It’s no surprise that we keep making upsets, I want us to play some strong, aggressive cricket.”