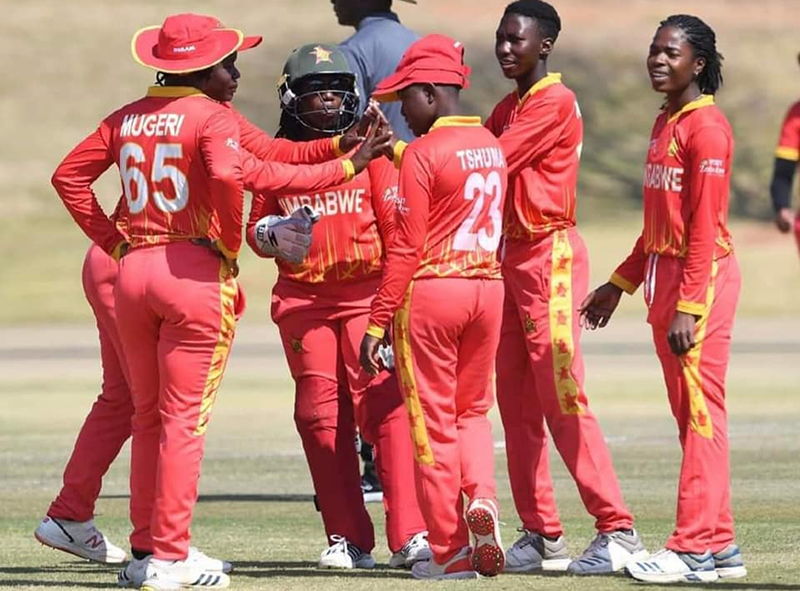 Zimbabwe coach Dave Houghton is wary of a backlash from West Indies when the sides meet in their T20 World Cup first round group game on Wednesday.

The two-time champions were shocked in their opening Group B game by Scotland before Zimbabwe secured a victory over Ireland.

The Africans know a win would put them on the brink of a place in the Super 12 – a result which would effectively eliminate the West Indies.

“I expect the West Indies to come fighting and bouncing back in the next game,” Houghton told BBC Sport Africa.

“They’ve got some very, very good players, they play a lot more T20 cricket than we do and they’ve just come off the Caribbean Premier League as well. They’ve had quite a bit of cricket recently in this format.

“I expect them to be very, very difficult on Wednesday.”

Houghton is well aware the meeting with the West Indies is a “huge game” for Zimbabwe, but he is excited about the encounter in Hobart after Monday’s 31-run win over the Irish.

“We feel that if we play well, we’ll be a real challenge for them,” he said.

“There is a good feeling among the guys. We’ve got a fair amount of our game to improve on and if we bring our ‘A’ game to the table, we’re going to be a challenge for any side.”

Scotland’s stunning 42-run victory over the West Indies has blown open the group, but Houghton is sticking to his own plans for this tournament.

“I never made any secret of the fact that when we came here and arrived, we wanted to play three and win three,” the 65-year-old said.

“We have got to keep our brand of cricket going.

“We looked at the games and thought Scotland would be the weakest side in the section, yet they’ve got on top of the side we thought would be the strongest. So we’re under pressure straightaway.

“It was important for us to get away with the win – it gives us just a little bit of breathing space with two games to play.

“Even though there’s a good feeling among the guys you know, we can get better.”

Meanwhile, Houghton has heaped praise on batter Sikandar Raza who recovered from serious health issues to star in their win over Ireland.

The 36-year-old needed surgery on a bone marrow infection following a cancer scare, and there were fears the Pakistan-born right hander’s career may be over.

Raza’s knock of 82 helped Zimbabwe recover from 37-3 in the sixth over and set them on their way to victory in Hobart.

“I didn’t know a lot about what had gone on with Raza and his cancer,” admitted Houghton.

“He’s been out for a little while and only really been back in action since I took over as coach, so we’ve had him for the last three or four months. He has played some outstanding innings in that period of time.”

Raza was named as the International Cricket Council’s player of the month for August following his two unbeaten one-day international centuries against Bangladesh as well as a bringing up a ton against India.

Houghton, who captained Zimbabwe and was regarded as one of his countries finest batters, says Raza has been in “fantastic form”.

“When he gets in, he can destroy attacks,” he added.

“He genuinely makes maximum contribution, so if we’re batting first he puts us in a great position and if we’re betting second he generally gets us over the line.

“That’s a really good trait to have – an absolute match-winner in your batting department.”