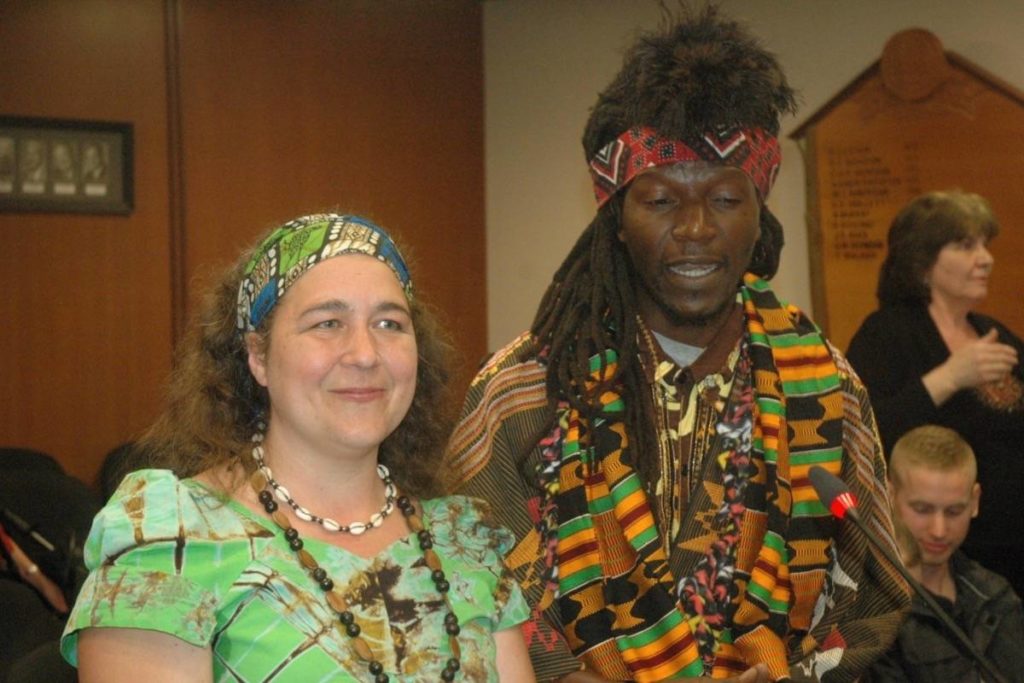 CANADA: When Tafadzwa Matambe first came to the Cowichan Valley from Zimbabwe in 2012 and started sharing the stories, music and culture of his homeland in local schools, he said he was the first Black person many of the young students he talked to had ever seen in real life.

He said some even asked why he was black.

“I told them that I was born like this, and we don’t choose the colour we are,” he said with a grin.

“I think it’s important that people here learn about where I come from, and the people in Zimbabwe and the rest of Africa should learn more about the people here.”

Matambe is one of 30 Black creators from across B.C. and Alberta to receive $20,000 in production funding, personalized training and mentorship to tell their stories as part of the Telus Storyhive and The Black Screen Office’s celebration of Black History Month in February.

Telus Storyhive’s inaugural Black Creators Edition was specifically created to address the under-representation of Black voices in Canadian screen and television, in addition to helping jump start the careers of emerging creators in the television and film industry.

The goal is to not only to support emerging Black talent and help build a pipeline for more stories from these communities, it will also put Black-led works in front of audiences that are craving them.

Matambe said he was born when Zimbabwe was still white-ruled Rhodesia, and the shadow of that tragic era still lingers on that land with an ongoing rift between the country’s black and while populations.

“Our traditional Mbiri music was banned and, even now, many people still think it is associated with evil spirits and witchcraft, which it isn’t and never was,” he said.

“Our culture was getting eroded with western influences, and I began touring around Zimbabwe as a musician and story teller to celebrate our culture.”

Matambe said people from the west also began heading to Zimbabwe to learn about its traditional culture, and one, an educator from the Cowichan Valley named Amy, would later become his wife.

He said that after touring and performing in areas in Zimbabwe with Amy, she thought it would be a good idea for him to come back to Canada with her and share his stories and music.

The couple also began Little Zimbabwe Farm on Cowichan Lake Road, with the ultimate dream of developing an agricultural, music, arts and culture, and health and wellness school for local and international students of all ages.

“Our original plan was to travel frequently between here and Zimbabwe with people from both countries to share music and cultures, but financial considerations have, unfortunately, kept those trips to just a few,” he said.

Matambe said he was delighted when he saw the grant opportunity for Black History Month, and his friends encouraged him to apply.

He said it’s hard to get these types of grants, but on top of his music and storytelling background, he and Amy have been involved with movie productions as background actors and he is also studying animation so he can animate the folk stories from his homeland, so he felt he was a good candidate.

“I just got the news in January that my grant application was approved,” Matambe said.

“My plan is to pose as a time traveller that narrates in the present, but travels back in time to what life would have been like for Black people in the past, like during the time of slavery in North America. I want it to be like a series. This is a great opportunity to give Black people a spotlight.”