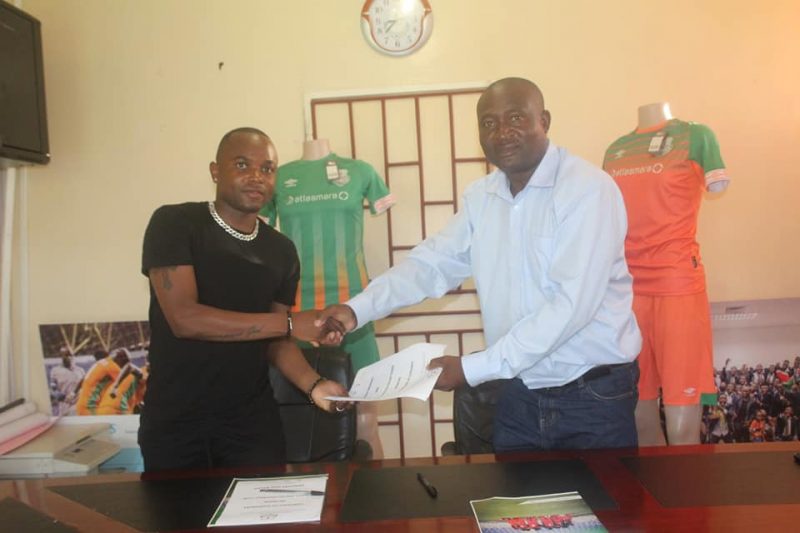 The 30-year-old winger has established himself as one of the top players in the Zambian Premiership after two successful seasons at Zanaco, where he was the club’s captain.

Now Zesco United, who are currently top of the log and on course to clinch their ninth league crown have moved to further bolster their squad after acquiring the services of the talented Zimbabwean.

The Lusaka-based side confirmed Rusike’s acquisition in a statement on their official website.

“It is with great excitement that we announce the signing of Tafadzwa Rusike on a two-year contract. Rusike is a quality player whom we expect to add great value to ZESCO United Football Club,” Zesco United Chief Executive Officer Richard Mulenga said.

Rusike is expected to join the club this month subject to medical examinations.

Meanwhile, Rusike says that he is excited to join the reigning Super league champions, who are also home to Warriors midfielder Thabani Kamusoko.

“I am delighted to join this great football club and looking forward to winning trophies with them. Zesco United is a fantastic club which has dominated the Zambian league for some time now and they are one of the big teams in Africa. As such I am happy to join them.”

He becomes the second player Zesco United has signed this year after landing Congolese prolific striker Chris Mugalu on another two-year contract.

Rusike moved to Zambia two years ago after helping CAPS United to the Castle Lager Premier Soccer League title in 2017.

Last season the Zimbabwean was voted by Zambian football fans amongst the top eleven players of the year in Super League after a fantastic season in which he had the highest number of assists while missing out on the golden boot award by only two goals.

Rusike’s performances earned him a recall to the Warriors squad. Although he featured for the national side in the COSAFA Cup he ultimately missed out on final selection into the squad for the 2019 Africa Cup of Nations finals in Egypt.