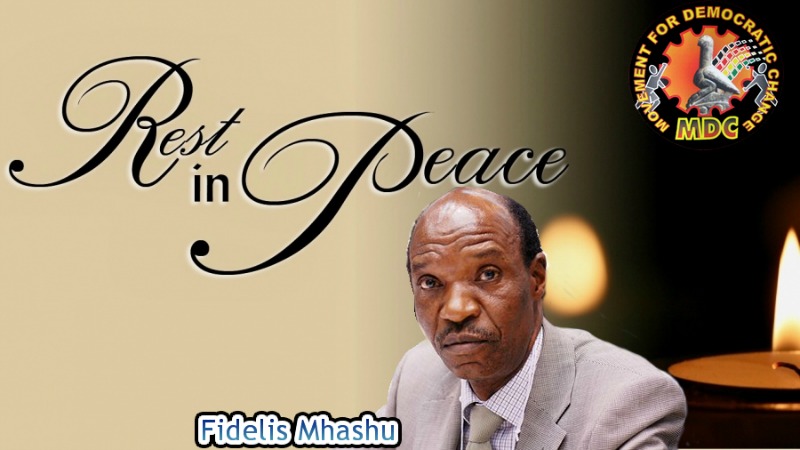 By Chris Mahove FORMER National Housing Minister and legislator Fidelis Mhashu has died, his party MDC-T announced Tuesday. He was 76. “The MDC has learned with extreme sadness the loss of one of the founding fathers of party of excellence, Hon Fidelis Mhashu,” said the MDC information department in a statement. “A fearless defender and