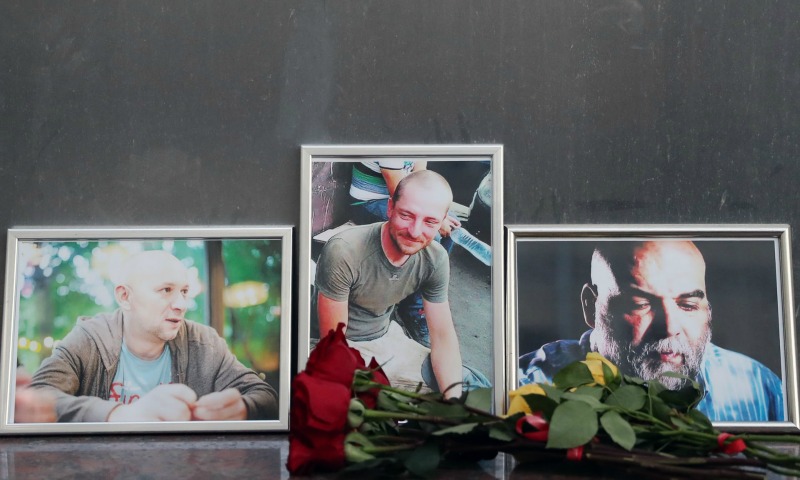 Three journalists, believed to be Russians, have been killed in an ambush in the Central African Republic (CAR). The Russian foreign ministry said it was in contact with local authorities to establish their identities. The bodies were reportedly found on a road near the central town of Sibut. It is unclear who was behind the