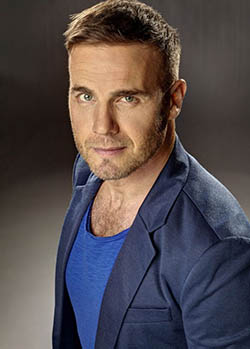 TOP boyband Take That are reportedly back in the recording studio and working on material for their next album.
Singer Howard Donald broke the news to the groups fans on twitter on Tuesday.
“Studio today with the boys! Excited! We will do are very best to deliver an amazing album,” he tweeted.
His bandmate – and now former X Factor judge – Gary Barlow re-tweeted the message, adding “me too”.
It is not clear, however, whether Robbie Williams has joined Gary, Howard, Jason and Mark to record the new songs.
Robbie rejoined his friends in the reformed supergroup in 2010 and appeared on their last album, Progress, as well as performing with his bandmates on their world tour the following year.
Since then he has returned to concentrating on his hugely successful solo career, as well as becoming a dad for the first time.
Speaking in a recent interview, Barlow said that he always hopes for all five of them to record and perform together but Robbie has said he is “unsure” if he will feature in the band in the near future.Advertisement