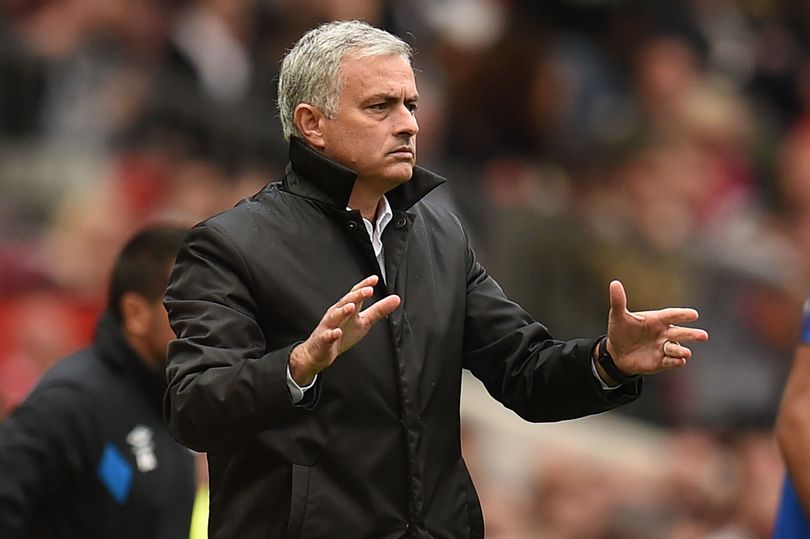 Manchester United manager Jose Mourinho challenged his side to take the fight for the Premier League to Manchester City next season after spoiling City’s title party by coming from 2-0 down to win a thrilling derby 3-2 on Saturday.

Victory would have crowned City, who still hold a commanding 13-point lead over United, champions for a fifth time.

But a day after City manager Pep Guardiola claimed to have been offered the chance to sign Paul Pogba by the player’s agent, Pogba led United’s fightback by scoring twice in as many minutes before Chris Smalling completed an incredible comeback.

“My objective here was to get points and not spoil any celebrations,” said Mourinho. “The point is can we improve enough to catch them next season?”

United finished sixth, 24 points behind champions Chelsea, last season and Mourinho wants a similar level of improvement to tilt the balance of power in Manchester back in United’s favour.

“Next season we have to improve even more because this season we improved in relation to last season: more points, more victories, more goals scored, less goals conceded, better results against the top five teams.

Goals from captain Vincent Kompany and Ilkay Gundogan handed City a richly deserved half-time lead, but they were left to rue huge missed chances from Raheem Sterling to put the game beyond United at the break.

“In one month or one year we will see the game and think how did we lose it? But we lost it,” said Guardiola.

“To see how tough it is when the people say since November ‘it is done’. It was a tough, tough fight to keep going every single weekend.”

Guardiola added more spice to an already hotly-anticipated clash when he claimed on Friday he had been offered the chance to buy Pogba two months ago by the player’s agent Mino Raiola.

Pogba has endured a desperately disappointing season having often been dropped by Mourinho for United’s biggest games.

But restored to his favourite position on the left of a midfield three, Pogba showed why he was the world’s most expensive player when United splashed out £89 million to bring him back to the club from Juventus in 2016 by hauling his side back into a game that looked lost at half-time.

“If they won they are champions, for all the fans it would be like death,” said Pogba.

“To lose against City and to see them celebrate, I couldn’t let that happen.

“After a second-half like this, we have to do that all the time. If we did we would be up there with City, and maybe even in front.”

Kevin de Bruyne, a leading candidate for player of the year awards, was left on the bench alongside Gabriel Jesus and City’s all-time top goalscorer Sergio Aguero.

City’s Abu-Dhabi owners have splashed an estimated 878 million euros over the past decade to assemble a squad that has tilted the balance of power in Manchester from red to blue.

Kompany was one of the Emiratis’ first purchases, and he was a fitting scorer on what seemed destined to be a historic day.

Five minutes later City doubled their lead in a style that has characterised their season as Gundogan brilliantly turned onto Raheem Sterling’s pass before slotting into the far corner.

City should have been out of sight by half-time as Guardiola screamed in frustration after Sterling fired two glorious chances well over the bar.

Like the rest of his teammates, Pogba was overrun in the first 45 minutes, but came alive to slot home from Ander Herrera’s cushioned pass with his chest to get United back into the game eight minutes after the break.

That goal was the first Mourinho’s men had scored away from home against top-five opposition in the Premier League all season.

And they soon had two in two minutes when Alexis Sanchez picked out Pogba’s late run into the box and his header beat Ederson low to his right-hand side.

And United took just 16 minutes to complete an incredible turnaround when Smalling capitalised on some slack City marking to turn home Sanchez’s free-kick.