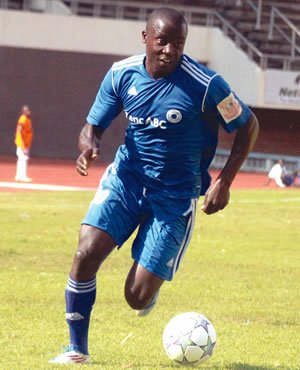 AFTER struggling to find a club in South Africa, striker Takesure Chinyama seems to have retraced his steps back to Castle Premiership side Dynamos.
He was spotted at a Dynamos training session on Thursday, but refused to speak to the media.
Coach David Mandigora also refused to comment on the player.
Chinyama, who had a good decade at Legia Warsaw in Poland before returning home three years back, has been without a club after being ditched by Platinum Stars in South Africa.
On his return from Poland, Chinyama joined Dynamos and spent six months with the club before leaving for Orlando Pirates where he lasted for a season and was released after a spate of injuries.
He joined Stars but again spent much of his time on the treatment table until his contract lapsed.
He tried his luck at Moroka Swallows last season again, to no avail and has seemingly decided to pack his bags and return home where he made his name at Hwange and Monomotapa.