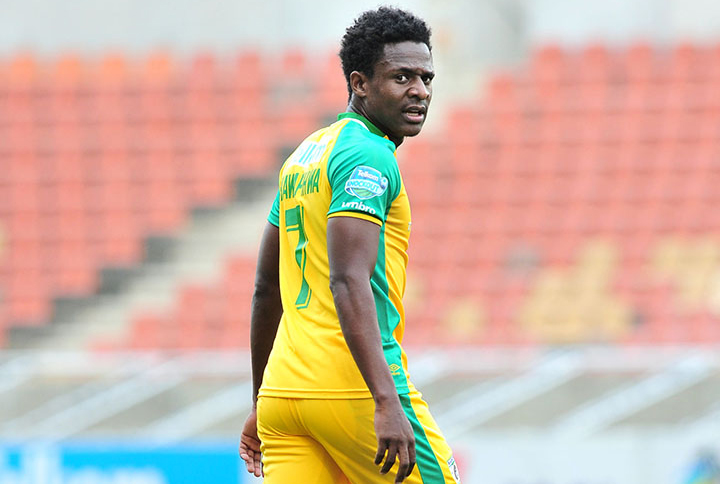 Baroka winger Talent Chawapiwa has confirmed that a move to Kaizer Chiefs was close to being finalised recently and says he would be ready to pack his bags at any point if the opportunity arose again.

Chawapiwa was heavily linked with a switch to Naturena during the July/August transfer window, after his impressive performances for Bakgaga sparked widespread interest in his services.

However, the move ultimately failed to materialise and the 26-year-old Zimbabwean international remains a key member of coach Wedson Nyirenda’s side.

The diminutive attacker has since confirmed that a deal was almost struck between Amakhosi and his agent, but later fell through for unknown reasons.

He maintains though, that he remains focused on the cause at his Limpopo-based outfit and won’t allow the failed move to affect his performances.

“It was true because my agent spoke to the Chiefs guys, but I don’t know what happened in the end. [The deal] was almost closed,” he confirmed.

“[But] it’s all about remaining disciplined as a person, because if you allow that to get into your head then your performance will go down. It’s about staying calm and hoping for the best in the future.”

The fact that the transfer did not materialise in August does not at all suggest that interest in his services have disappeared, and Chawapiwa has said that should the opportunity arise he would be willing to jump at any moment.

Asked about the possibility of linking up with his Warriors teammates in Khama Billiat and Willard Katsande in future, the former FC Platinum star revealed that a close bond already exists between his compatriots.

“Us Zimbabweans, we speak. I can’t say what we speak [about], but we speak, and we’ve got an understanding,” he stated.

“It’s good to work with someone you know, someone from your country – someone like Khama. We grew up together, so it’s easy.

“Even at the national team we encourage one another, and that makes it easier also.”