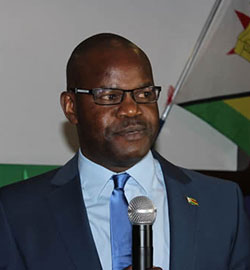 WE HAVE always argued that being patriotic is not necessarily the same thing as being Zanu PF. You also don’t have to be Zanu PF to be patriotic. But if you are Zanu PF (like me) you don’t owe anyone an apology for it.
The biggest asset Zimbabwe has is its resilient and educated people. But this can also be country’s greatest liability; a double edged sword. It is sad when those very articulate and intelligible people use their eloquence to speak and write negatively about their own country. How heart-breaking is it when they prowl the internet looking for anything unflattering written about their country and, with so much poise and persuasive fluency, spin all this as evidence of Zanu PF’s ineptitude? We argue that this is just self-loathing and self-defeatism. You can also use your good diction to sell your country and its virtues; talking good about your country is not propaganda.
We are not asking for self-censorship. We are asking for self-awareness. We are only asking for honest soul-searching. Is it that there is nothing good happening in Zimbabwe at all? Is it possible that Zanu PF has done no good for those 34 years that we are always reminded of? All those 16 Universities opened in the past 34 years count for nothing? That extraordinary literacy rate, the best in Africa, was that a small achievement? We now brood in our self-pity highlighting the mistakes and masking the achievements – to what end? Mistakes were made of course; that comes with the territory.
But when nobody wants to talk about the fact that most residential parts of urban areas inhabited by black people had no electricity and were known as Cherimas; when they don’t mention that there was no tarred road between Gweru and Chiredzi through Chivi, you sense hypocrisy. When they ignore that there was no road linking Chinhoyi and Chegutu and that this problem was addressed in those 34 years, you also sense an agenda.
They forget to mention that part of the electricity challenges we face today are because the Cherimas and rural areas are now electrified. The supply designed as a preserve of an elite few is now reaching so many, causing load-shedding. This also makes you sense hypocritical selective amnesia. You are almost lynched when these positives roll off your tongue. You are called a Zanu PF apologist. They give you imaginary farms and say you are singing for your supper! Well, Cdes some of us make our own supper.  We don’t have to sing for it. Let us not call each names. Why don’t we talk facts and issues whilst our children call each other names in the playground (for which we chastise them). Saying positive things about your country is not propagating a partisan agenda.Advertisement

We cannot enumerate the positives as they are an umpteen. And it is not the idea of this opinion piece to do that. It’s only asking questions such as why we are not talking about our successful hosting of the UNWTO and other legacies from the last 34 years of nationhood. We cannot stop accentuating our national progress because it coincides with Zanu PF successes. Let us learn from others. Jamaica is a very small country. It has a population of less than three million. Zimbabwe has a population of more than 13 million. How come they (Jamaica) have had such an impact on the international cultural scene?
One only needs to go to the Red Fox aka KumaRasta or spend some time with our own “Ghetto Youths” to understand the impact of the Jamaican Culture on the world and our own Zimbabwe. Jamaicans love their country and are willing to defend it to the death. It does not mean that it’s all positive there. No. There are probably more negatives than positives actually. From the above small population, they record 1,193 murders, 1,227 shootings, 580 aggravated assaults, 792 rapes, 2,631 robberies, and 2,443 break-ins, all in one year. They are in the premier league of violent crimes. Yes, this is blight on their nationhood.
But that is not what they project to our young people, is it? This is not the side that make people play and pretend to be Jamaicans and speak in pretend Patois (Patwa) some of which is quite ridiculous or too rude to repeat. It will be a death wish to mention these negatives to a Jamaican. We all know how they reacted when our own President mentioned the relationship between Jamaican men and education! Their children born in the Diaspora are the same. They defend their nation to the hilt.  We can’t say they were fed on propaganda. They were fed patriotism.
We accept it’s refreshing to be self-deprecating. But sometimes some of the writings we read and see on social media are quite seditious. Granted, patriotism is NOT blind loyalty to one’s rulers or leaders even when they are overtly wrong. It is however, loyalty to one’s country. You may not like your brother but love your family and don’t go about denigrating everything about it from the patriarchs to the totem and the rest of your siblings so that it proves your father wrong. You can’t go about apologising for being who you are.
I had the misfortune of hearing a Zimbabwean being asked where they were from and their answer was, “I am from Zimbabwe but … eermmm  … You know our country … eermmm…” I didn’t wait to hear the rest. I didn’t feel there were any ifs or buts about being a Zimbabwean. There was nothing to be invoking this self-loathing mentality. And one doesn’t have to be Zanu PF to feel the way I did.  It is not an attempt at proselytization to say Zimbabwe has more positives than negatives. It just needs its citizens to propagate these rather than have all its virtues undermined just because one hates Zanu PF. Nationhood is not an obsolete notion. It is a concept we postulate because it makes us a people.
Nick Mangwana is chairman of Zanu PF –UK. He can be reached at info@zanupf-uk.com, www.zanupf-uk.com