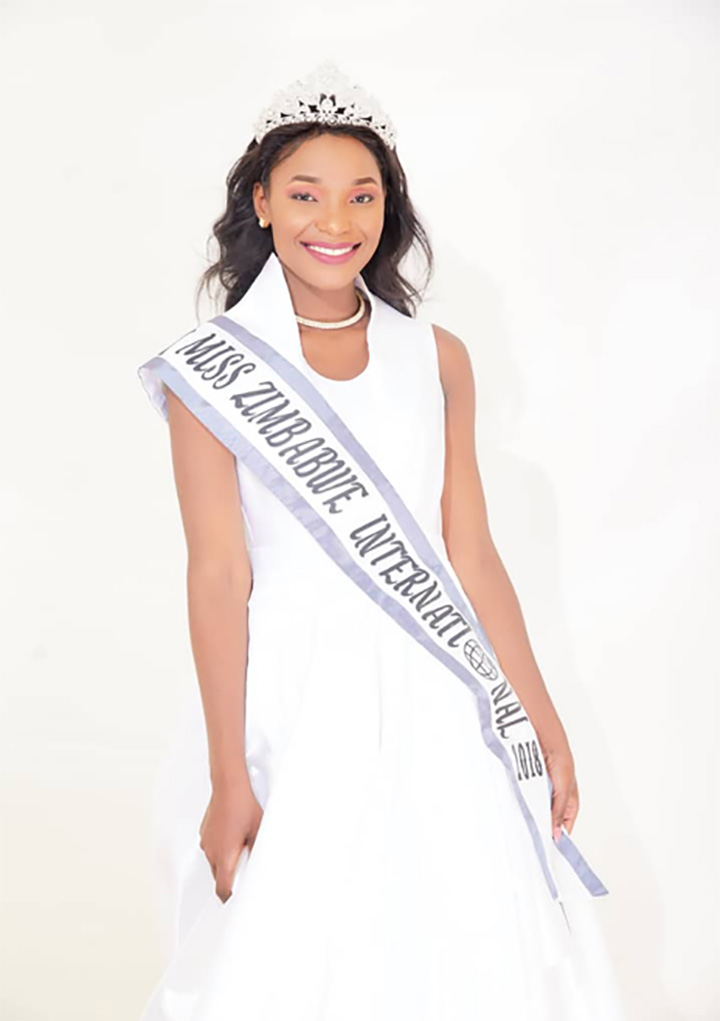 ZIMBABWE will be represented by 23-year-old Tania Tatenda Aaron at the 58th edition of the Miss International pageant which will be held early next month in Tokyo, Japan.

Tania, the reigning Miss Zimbabwe International, will battle hopefuls from some 80 other countries for the global crown.

“Tania leaves for Japan this week to join other global candidates for a 22 day bootcamp leading to the Finale for the crowning ceremony of Miss International 2018.

“The Miss Zimbabwe International Trust has secured most of the funding including her national costume which has been designed by Jasper Mandizera from the SHONA design label.”

Tania impressed Trust judges when she participated in the Miss Tourism Zimbabwe pageant.

“ … and her project of empowering abused women in the Epworth area of Harare to seek ways to use the natural features such as the balancing rocks of Epworth as tourism attractions and support themselves financially won over the judging panel of the Miss Zimbabwe International Trust.”

Running under the theme ‘Achieving a world where women can live with positivity, inner strength and individuality’, the pageant will be held on November 9 at the Tokyo Dome City Hall in Tokyo.

The Miss Zimbabwe International pageant, which started in 2000 has, over the years, largely developed diaspora models in countries such as USA, Canada, UK and South Africa.

This year the pageant also included modes from rural Zimbabwe to help empower girls from “remote and poverty stricken (areas) by giving them self-esteem skills as well as offering the winner an educational bursary”.

Said the organisers; “The winner will have a once in a lifetime opportunity to represent the nation at Miss International and be part of the 2020 Japan Olympic Games.

“This will create exposure as well as empower a young Zimbabwean woman make her dreams come true and be an ambassador of Zimbabwe on a global platform.”