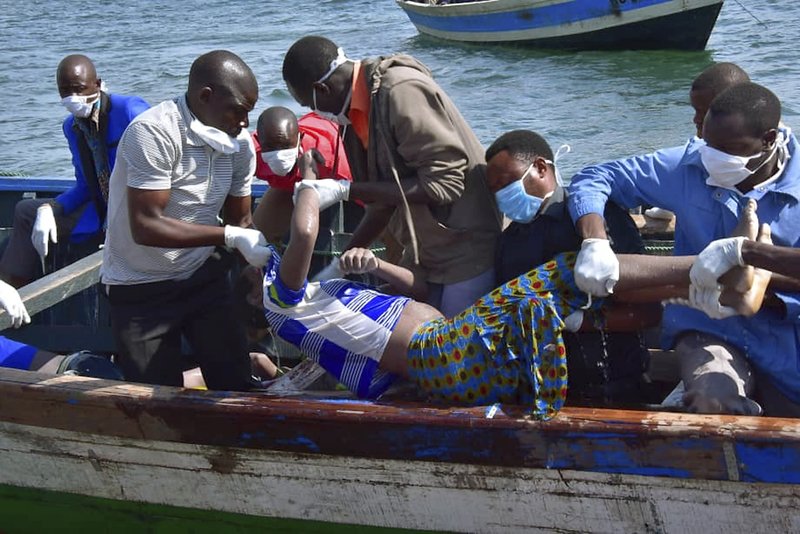 KAMPALA: Hundreds of solemn people watched Friday as body after body was pulled from a capsized ferry that Tanzanian authorities said was badly overcrowded and upended in the final stretch before reaching shore.

The death toll was above 130 but horrified witnesses feared that would rise as a second day of searching neared an end.

“This is a great disaster for our nation,” President John Magufuli said. He announced four days of national mourning and urged calm in the East African country with a history of deadly maritime disasters. And he ordered arrests of all responsible as a criminal investigation began.

In a televised address, the president said the ferry captain already had been detained after leaving the steering to someone who wasn’t properly trained, The Citizen newspaper reported.

The MV Nyerere’s capacity was 101 people but the ferry had been overloaded when it capsized Thursday afternoon, the government’s Chief Secretary John Kijazi told reporters.

At least 40 people had been rescued, he said, but the number on Friday barely rose. Dozens of security forces and volunteers wearing gloves and face masks had resumed work at daybreak after suspending efforts overnight, hauling bodies into wooden boats.

“More than 200 people are feared dead,” based on accounts from fishermen and other witnesses, because passengers had been returning from a busy market day, Tanzania Red Cross spokeswoman Godfrida Jola told The Associated Press. “But no one knows” just how many people were on board.

It was obvious that more bodies were trapped in the overturned ferry, the president said, according to The Citizen report. He said even the cargo far exceeded the 25 tons allowed.

Tanzanian ferries often carry hundreds of passengers and are overcrowded, and shifts in weight as people move to disembark can become deadly. Images from the scene showed the ferry’s exposed underside not far from shore.

Bodies were lined up on plastic sheeting as hundreds of people pressed near the water’s edge, watching the search efforts.

“His Holiness Pope Francis expresses his heartfelt solidarity with those who mourn the loss of their loved ones and who fear for the lives of those still missing,” the condolence telegram said, according to the Vatican.

The MV Nyerere, named for the former president who led the East African nation to independence, was traveling between the islands of Ukara and Ukerewe when it sank, according to the government agency in charge of servicing the vessels.

Worried residents on Friday waited for any word of survivors.

“We try to make calls to friends, relatives,” a local guide, Paschal Phares, told the AP. He recalled how crowded his trip on the aging ferry had been last month: “Most of us were standing up. It was full.”

Accidents are often reported on the large freshwater lake surrounded by Tanzania, Kenya and Uganda. Some of the deadliest have occurred in Tanzania, where passenger boats are often said to be old and in poor condition.

In 1996, more than 800 people died when passenger and cargo ferry MV Bukoba sank on Lake Victoria.

Nearly 200 people died in 2011 when the MV Spice Islander I sank off Tanzania’s Indian Ocean coast near Zanzibar.