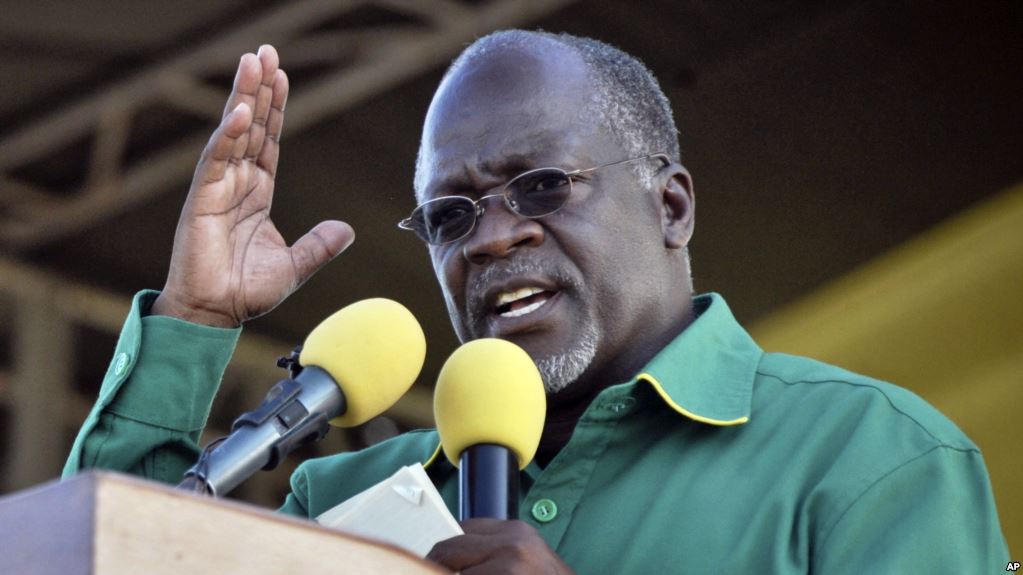 The US statement came amid sustained criticism of the rule of President John Magufuli, pictured in October 2016, who has cracked down on dissent since taking office in 2015
Spread This News

Tanzania is an “independent” country and will not be “intimidated”, the ruling party said on Saturday after the US expressed concern about the conduct of 70 recent by-elections.

The US on Wednesday cited “election violence and irregularities” aimed at the opposition after local elections were held on Sunday to replace officials who had either resigned or died.

“Credible accounts of election violence and irregularities include refusal by National Election Commission authorities to register opposition candidates, intimidation by police of opposition party members, unwarranted arrests, and suppression of freedoms of assembly and speech in the lead up to the by-elections,” the US said in a statement.

“Even if our country is poor, we are not ready to accept interference in our governance. We will continue to govern ourselves,” he added.

Local media earlier reported the beating and hospitalisation of some members of the main opposition by supporters of the ruling party.

The US statement came amid sustained criticism of the rule of President John Magufuli who has cracked down on dissent since taking office three years ago.