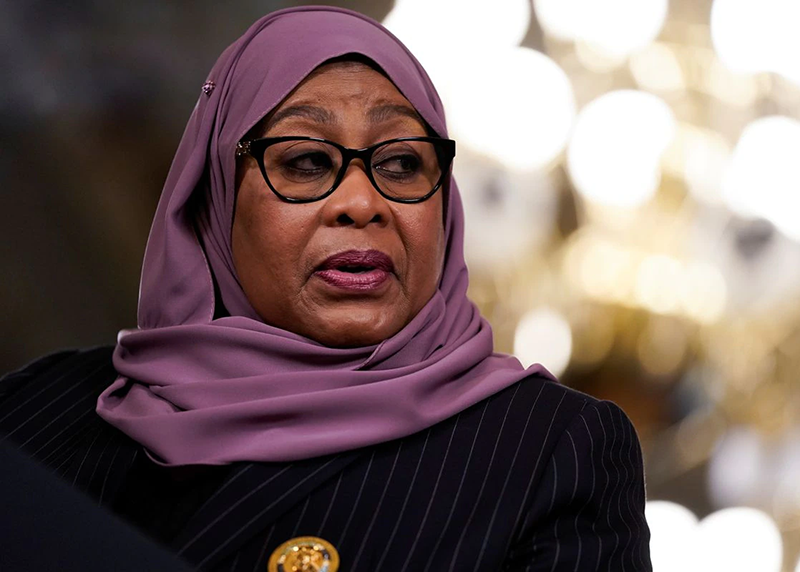 Tanzania’s President Samia Suluhu Hassan has lifted a six-year-ban on opposition rallies imposed by her autocratic predecessor, a move that was cautiously welcomed as a gain for democracy by the main opposition party.

The ban was introduced in 2016 by political strongman John Magufuli at the onset of his first term in office, which was marred by draconian rules.

Hassan said Tuesday during a meeting with political party representatives that political parties have a right to hold meetings and the government’s duty is to “give permission and provide security.”

But she urged politicians to only engage in constructive criticism and engage in politics that will build the nation.

“I don’t refer to you as opposition parties but parties that show us where the challenges are while developing the country,” Hassan said.

The human rights group Amnesty International called it a “welcome step in the right direction.”

President Hassan is serving out Magufuli’s term after he died in 2021. She has been accused of continuing her predecessor’s anti-democratic policies.

In 2021, Chadema chairperson Freeman Mbowe was arrested as he was planning to address a meeting to discuss constitutional reforms.

Hassan that same year suspended a newspaper that reported that she would not vie for the presidency in 2025.

She was in 2022, however, lauded for lifting a ban on four newspapers that had been banned by Magufuli, including for insulting him.