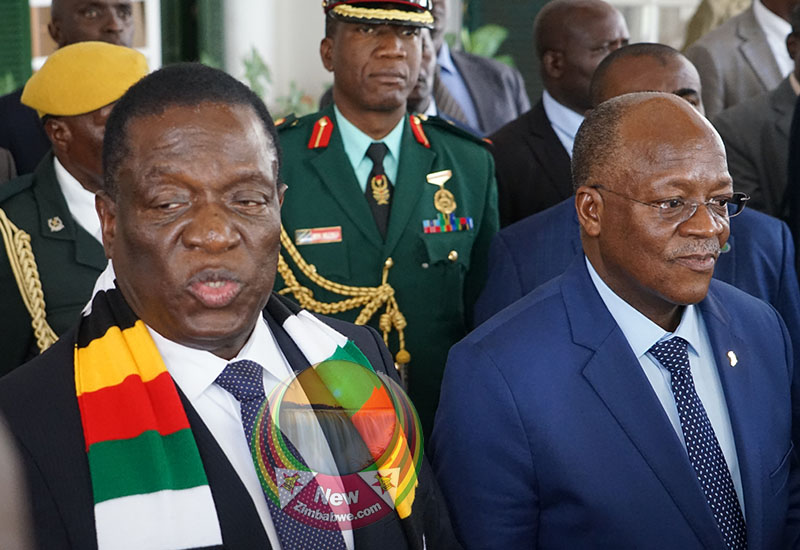 Magufuli who spoke in Swahili according to a translation by President Emmerson Mnangagwa said the East African country would bail out its southern neighbour with the staple food.

In his speech, Magufuli said Tanzania in the just ended season harvested about 16 million metric tonnes of maize but only requires 13 million tones. He added he would help Zimbabwe with its 700 000 metric tonnes deficit.

“We understand that Zimbabwe has a deficit of 700 000 so they have feeling that they should assist Zimbabwe with that surplus.”

Last month the Ministry of Agriculture revealed that the country is only left with between 500 000 to 700 000 tonnes of maize Zimbabwe which is close to seven months’ supply of the staple crop after a reduced harvest due to drought warning it was important the country begins importing grain.

According to reports, Tanzania has been going beyond its borders to seek buyers for its surplus.

Magufuli’s government was targeting Kenya, South Sudan, Malawi and the Democratic Republic of Congo to sell off the surplus.

With Zimbabwe’s economy in tailspin, Magufuli surprisingly was optimistic and urged Zimbabweans to support Mnangagwa’s reform agenda predicting a turnaround in the not too distant future.

“Am very optimistic that things will continue to change, so it’s up to the people of Zimbabwe to give him (Mnangagwa) support so that you reach the best direction, I can assure you,” Magufuli said.

Zimbabwe’s economy has been spiraling out of control since Mnangagwa took over on the back of a military coup in November 2017 before winning a hotly contested election last year.

Prices of basic commodities have shot up in recent weeks, with fuel in particular hitting record highs, triggering a domino effect on all sectors of the economy and leaving citizens groaning under the weight of the crisis.