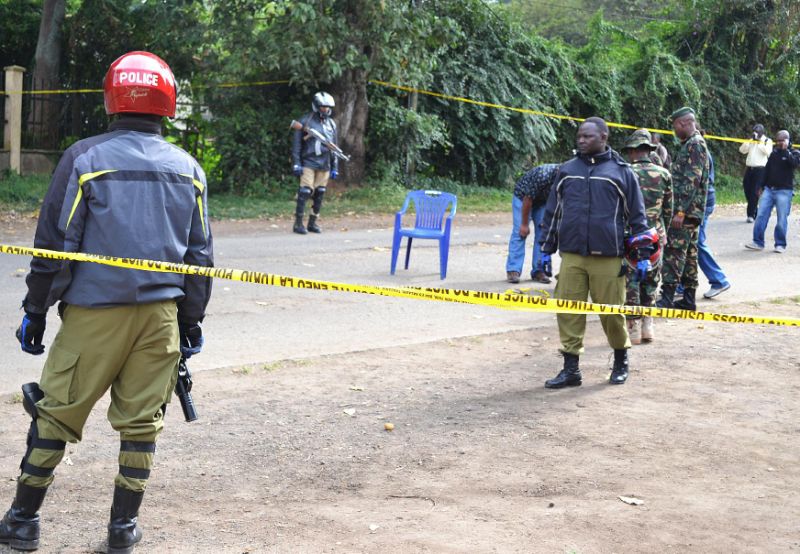 The local police have admitted a person was hit after they fired warning shots on Friday but accused some protesters of throwing stones.

The first-year university student, whose name and photo have circulated on social media, was struck by a bullet while on a bus the day before a fiercely contested parliamentary by-election in the city’s Kinondoni constituency, an opposition spokesperson said.

“According to information at our disposal at the moment, a young girl who was not part of our group was killed by a bullet that hit her,” said Vincent Mashinji, secretary general of main opposition party Chadema.

Witnesses said police used tear gas and fired live ammunition in an attempt to stop hundreds of Chadema party members from marching towards a local Electoral Commission office. A number of party members were arrested.

“In our ranks, the police have arrested many people, I cannot say how many at the moment. There are at least four seriously wounded who have been hospitalised,” said Mashinji.

The police commander in Dar es Salaam, Lazaro Mambosasa, told newspaper Mwananchi: “They (Chadema supporters) blocked the rapid transit buses and started throwing stones. When the police shot into the air, a bullet hit a person.”

The violence began after Chadema tried to march to the Electoral Commission to demand accreditation for its nominees to have observer status at the by-election.

“It was not until after dark, after the bloodshed, that the Commission has given authorisation to our observers,” said Mashinji, adding that representatives of the ruling Chama Cha Mapinduzi (CCM) party had received accreditation many days earlier.

Earlier this week Chadema said a local party leader, Daniel John, was kidnapped, tortured and then beaten to death after men bundled him into a car.

In September 2017, senior opposition lawmaker Tundu Lissu was shot several times at his home in the capital Dodoma.

Chadema accused the ruling party of being behind that attack, claims rejected by the government.

Tanzanian President John Magufuli, who came to power in 2015 as a corruption-fighting “man of the people”, has been increasingly criticised over his authoritarian leadership style, with a clampdown on the opposition, journalists and artists.