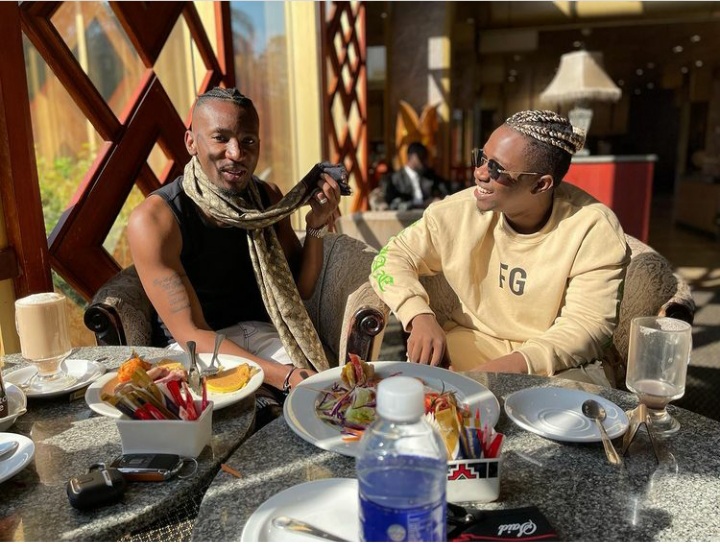 TANZANIA’S BET award winner, Ray Vanny has touched down in Harare to work on a track remix with entertainment sensation, Rockford ‘Roki’ Josphats.

Roki is currently riding the wave following the release recently of his music duology, ‘Zviriko’ and ‘Uchandifunga’ which are dominating the airwaves and YouTube views.

The two songs produced by much sought-after producer, Oskid have garnered over two million views on YouTube.

Passion Java in a video confirmed Ray Vanny’s arrival in the country.

“Rayvanny is in Zimbabwe now,” he said.

“Getting ready to hit the studio with Rockford Josphats,” Java said while sharing breakfast with the Tanzanian musical star.

He, however, did not disclose which single the two will be collaborating on.