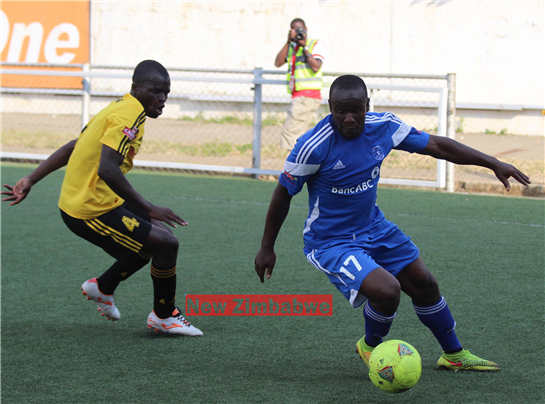 CHICKEN Inn new forward Obadiah Tarumbwa, struck a brace while Tafadzwa Kutinyu added another one to hand new Dynamos coach Jorge Paulo Silva a 3-0 defeat, in a Castle Lager Premier Soccer League opener at Barbourfields Stadium.
It was a horrible start for Silva who arrived at Dynamos earlier this year with expectations high on him.
After a goalless first half, defending champions Chicken Inn came back rejuvenated to overrun Dynamos who finished the match with 10 men following a red card to striker Richard Kawondera.
Soon after Kawondera’s sending off on 58 minutes, Tarumbwa pounced a minute later by turning in an Edmore Chirambadare cross.
Two minutes later, Tarumbwa struck after capitalizing from Dynamos’ shoddy defending.
The Dynamos defence was again found wanting after giving Kutinyu space inside the box, to kill the match as a contest with 15 minutes remaining.
Silva started with a familiar squad which had Roderick Mutuma and Kawondera as twin forwards while Farai Mupasiri was deployed on the right wing.
Godknows Murwira managed to contain well a usually marauding Chirambadare so as twin center backs Elisha Muroiwa and Sydney Linyama.
With Dynamos causing less threat, Chicken Inn captain Danny Phiri anchored the midfield well while Mitchell Katsavairo was wasteful in front of goal especially in the first half in which he missed what could have been the best chance of the game.
The result was a hint by Joey Antipas’ Chicken Inn that they could be a hit again this season to defend the league title.