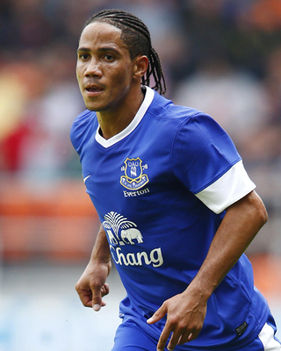 THE kick-start to theatre season at Rooftop Promotions entitled Juju Soccer and written by Stephen Chifunyise is a rich script that sees the veteran playwright reaching his Orwellian moment.
Starring Daves Guzha, Teddy Mangava and Mandla Moyo, the play can be enjoyed in the same bi-understandable vein as Orwell’s Animal Farm as a mere straightforward story or as a didactic text with a deeper hidden meaning.
On the surface it tells the story of newly promoted Kambuzuma United and its coach Extra Time Chigumbo (Teddy Mangava) who is raring to go and make a name for himself as a professional coach standing gallantly at the touchline in much the same suave manner as the Jose Mourinhos of this world, complete with charisma.
Yet the owner of the team, Godknows Zidumburemombe (Mandla Moyo), has other ideas about how the team ought to be run and suggests that a n’anga comes into the picture to aid the team so that it may reach dizzy heights of success.
And that the n’anga (Daves Guzha) is dead set in his beliefs and suggests many weird ideas including that the coach urinates in his mouth which does not help matters in the very least.
Again the oft occurrences of homo-eroticism that burst as bolts from the blue are bound to leave some quirked as the calm Chifunyise shows sparks of a naughty knave wrapped up inside him.
He probably wears a naughty smirk hidden behind that rice-white beard perhaps.
The end result is a clash of everything from ideals, religion, tactics and even cultures depending on how one looks at it.
Much like the Orwell classic, it can be a mere read (read watch) or it can be seen as exploring the deeper issues concerning Zimbabwean current affairs from affairs of religion and sport, right down to the yarn of politics that continues to get the country’s knickers all in a twist.
“I felt for the coaches as religion was often in conflict with traditional beliefs and vice versa. I followed stories like those of (Kevin) Kaindu and just used an everyday issue and decided to look deeper into it by way of a script,” said Chifunyise.
The result was a script well worth its premier position as theatre, courtesy of Rooftop, returns after an excruciating hiatus for the avid theatre lover.Advertisement

The production was being showcased at the Alliance Francaise’s Old Mutual Theatre in the Avenues.
It works both for the lazy analyst who sees just the surface and the inquisitive mind that likes to go beneath and beyond the obvious.
A four star subtly messaged performance!