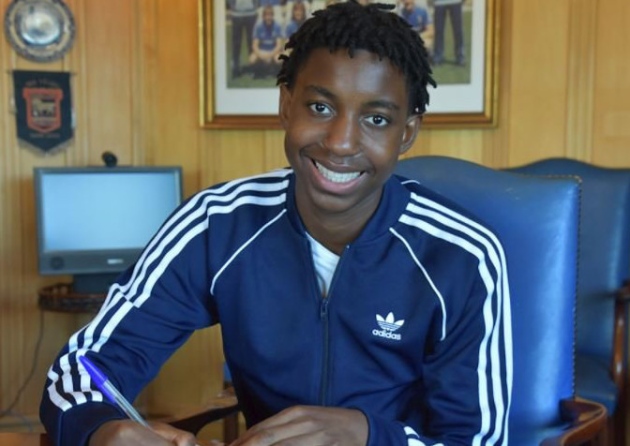 The 17-year-old has signed to stay at Portman Road until the summer of 2022, with the club having the option to extend the contract for a further 12 months.

Chirewa, who was born in Chelmsford, England to Zimbabwean parents, Tsitsi and Blessing Chirewa, has made one senior appearance for the Blues so far, coming off the bench as a late sub in the EFL Trophy clash at Colchester in November 2019.

That appearance made him Town’s second-youngest debutant ever, behind only Connor Wickham, at just 16 years and 31 days old.

The Essex-based box-to-box midfielder had to get permission from his school in Shenfield to feature in the EFL Trophy as he came on as a late substitute in the match which Ipswich lost 1-0.

Lambert had revealed in the build-up to the game that he would be giving a handful of young players an opportunity in the first team, but few would have been aware of Chirewa when the Ipswich side was announced.

Asked what he liked about Chirewa, who lives in Shenfield, but qualifies to play international football for Zimbabwe, Lambert was full of admiration for the young prodigy.

“He looks younger than 16!” joked Lambert. “We had to get permission from his school to play, I think it’s a great story.

Chirewa is the latest player with Zimbabwean roots to rise through the ranks at Ipswich Town after midfielders Tristan Nydam and Kundai Benyu, who recently joined English fifth-tier club Wealdstone after an unsuccessful spell at Scottish giants Celtic.

Nydman is part of the club’s first team, while Benyu came through the club’s academy before being signed by Celtic