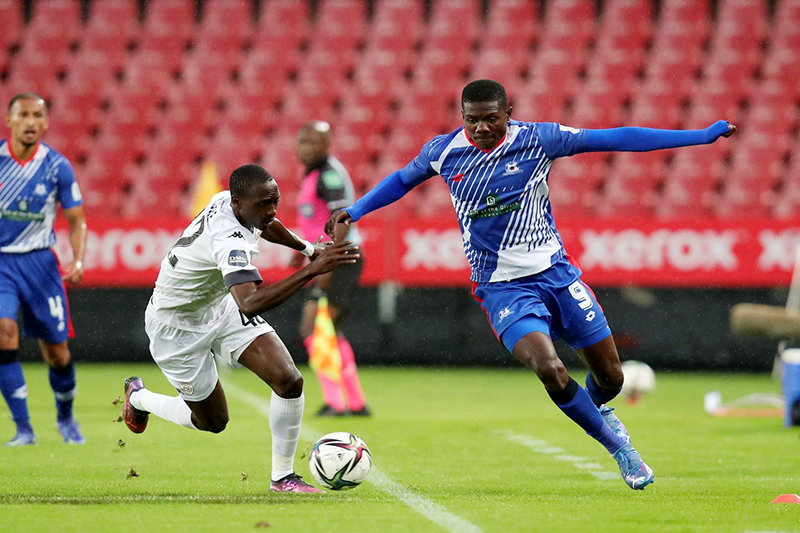 Maritzburg United striker Tawanda Macheke believes there is more he can offer at the club than he has done in his first few months at the club.

The Zimbabwean Maritzburg striker was brought to the Team of Choice in the January transfer window, with the club on a quest to survive relegation.

Maritzburg managed to escape the chop, as they finished in 12th spot on the league table with 31 points, just six points ahead of Baroka FC, who finished at the bottom of the standings with 25 points.

Macheke made 12 appearances for the club, but he couldn’t register his name on the scoresheet. He says he was happy to have contributed to the survival of the team in the DStv Premiership and he was able to adapt quickly while promising to improve next season.

“Honestly I wasn’t satisfied because I know I can do better going into the next season I want to surpass my performance by scoring goals. It was a mixed bag (the performance), but there is a vast room for improvement,” the Zimbabwean told the club’s website.

“The team as a whole played a crucial role for me to settle in. It wasn’t as a result of one factor but the collective work from all stakeholders of the club. Fitting in was a bit challenging but you know it was only four months so it takes time to really fit in but as the months progressed, it became easier. My target was to help the team to survive (relegation) by all means necessary although I didn’t score goals, but I gave my all in trying to help.”

Macheke is looking forward to next season, and promises the club’s fans his full commitment to the KwaZulu-Natal outfit.

“I wouldn’t want to jump the gun too fast but they should expect a committed Macheke in all aspects of the game. Let’s take everything in its due course but obviously every player is eager to improve,” he added.