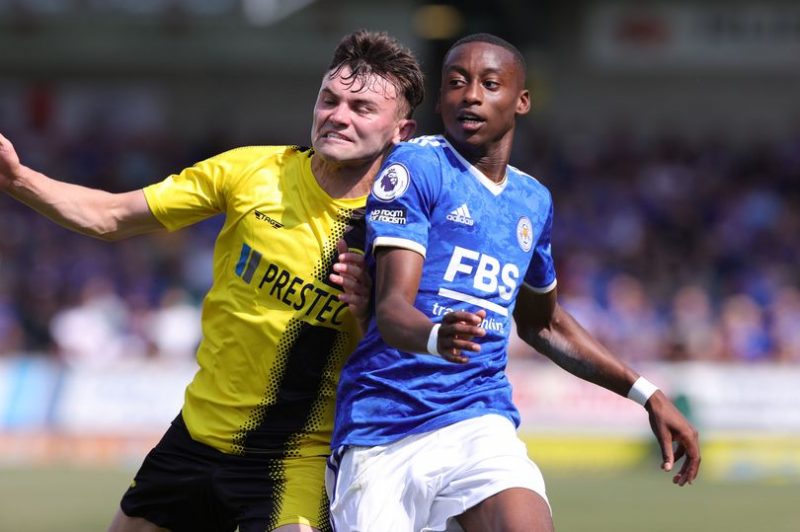 ZIMBABWEAN teenage sensation Tawanda Masvanhise has been earning rave reviews after impressing on his senior debut for English Premier League side Leicester City in their goalless draw during their first pre-season encounter against Burton Albion at Pirelli Stadium on Saturday.

The 18-year-old, who was born in England to Zimbabwean parents made his first start for the former Premier League champions and played the first 45 minutes alongside highly-rated Zambian forward Patson Daka in the attack.

Maswanhise was however the pick of the bunch as the club’s first pre-season friendly ended in the shoot-out defeat and could’ve scored his first goal for the club in regulation time.

According to reports from England, the Leicester City Academy prospect was bright and quick as Brendan Rodgers fielded 22 different players at the Pirelli Stadium.

English football journalist Jordan Blackwell, who writes for the Leicestershire City Mercury newspaper, rated Maswanhise as the most impressive of all the Foxes players fielded by Rogers on Saturday.

“Tawanda Maswanhise was impressive. He may be slight, but he was keen and his bursts of acceleration allowed him to win plenty of free-kicks. He showed some nice interplay with James Maddison, and nearly scored a cracking goal as he chipped the ball up and volleyed just over from 30 yards,” Blackwell said in his player ratings after the match.

Maswanhise, who was a surprise inclusion in Leicester City’s first-team squad to face Manchester United in an English Premiership match at Old Trafford, towards the end of last season after some standout performances for the club’s under-18s last season.

The young Zimbabwean is a versatile attacking player who is comfortable on either wing but can play through the middle if called upon.

He is among the scholars who have been offered their first professional contracts by the Foxes.