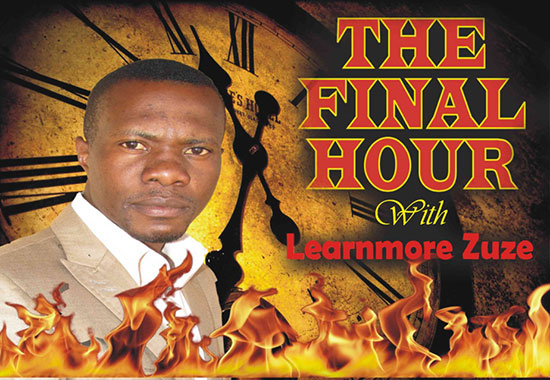 T.B Joshua must actually be thankful for the modern times we live in otherwise, in Biblical times; the penalty for being a false prophet was certain death.
THE Bible is very clear: “When a prophet speaks in the name of the LORD, if the thing does not come to pass, that is the thing which the LORD has not spoken, but the prophet has spoken it presumptuously: you shall not be afraid of him.”
In different articles, and in different ways, I have raised the flag on the immensely popular culture of prophets known for making secular predictions. The so-called prophets have dived into things such as secular music and soccer, earning themselves fame and fortune.
A major highlight of last week was Nigerian prophet T.B Joshua’s prophecy that US presidential candidate, Hillary Clinton, would ‘narrowly’ triumph over garrulous and eventual winner Donald Trump. Now, criticism has come raining all over the Nigerian clergyman with many who had previously sat on the fence now confidently acknowledging that the well-respected cleric is just but a false prophet. But is this criticism warranted? Is the attack on T.B Joshua unjustified? The truth is that it is not unwarranted and here is why.
TB Joshua, to many, was ‘the prophet’ in Africa. The man has successfully predicted major world events to the awe of millions. In this instance, he did not mention any particular name but said he saw a woman as the winner of the election. And, naturally, that had to be Hillary Clinton whom he predicted as the winner of the election. The Nigerian prophet, revered by millions, made his prediction on the church’s official Facebook wall.
“Ten days ago, I saw the new president of America with a narrow win. The new President will be facing several challenges over many issues, including: passing bills, attempts to possibly pass a vote of no confidence on the new president. The boat of the new president will be rocked.
“By the way, in order not to keep you in suspense, what I frankly saw is a woman,” he predicted.
Now, I know there will be all manner of defence for this false prophecy from the painfully gullible followers of the professed prophetic movement. We also have had perennial false prophecies in Zimbabwe of ‘Economic Turn-Around, Restoration etc”. In fact, Zimbabweans are tired, year-in and year-out, of being told of a never-coming prosperity by the prosperity false prophets here. Now that the grand-father in the person of T.B Joshua has gone on to embarrass himself on the global stage it is a damning indictment on all the fanciful prophetic churches at every street corner claiming links with him.Advertisement

A lot has been written to date in a feeble attempt try and cover up for TB Joshua that, ‘he missed God’s instruction’ but the truth of the matter is that there is absolutely no margin for error in a word given to a true prophet by God. A true prophet’s word is completely in sync with God’s word; 100% alignment with God’s word.
To acknowledge that a prophet can fail in their predictions is to say, in other terms, that God can fail, which is ludicrous and frivolous by itself. Apart from the many verses in the Bible, the following verse clearly tells why today’s prophets are false prophets: “When a prophet speaks in the name of the LORD, if the thing does not come to pass, that is the thing which the LORD has not spoken, but the prophet has spoken it presumptuously: you shall not be afraid of him.” (Deuteronomy 18:22)
A prophet can be likened to a speaker or a microphone in God’s hand. A microphone does not say anything of its own. It is not the microphone that concocts what will come from the mouth but it is the person speaking through it. Likewise, as far as prophets are concerned, there is absolutely nothing called, “he failed to hear clearly from God.” God does not dabble in hit-or-miss affairs. He is accurate all the time.
Once is all it takes to prove a false prophet. As clearly stated in Deuteronomy and as enunciated several times in the book of Ezekiel, a prophet who truly hears from God is an instrument in God’s hand which cannot falter. That we have a host of so-called prophets across the world and in Africa making false predictions tells one thing: these are false prophets.
It’s unfortunate if this truth causes offence but it ought to be hammered home. It’s truly sad that we have millions of people who have devoted themselves to deception and a false system of worship. Some actually engage in some indirect idolatry where their homes, cars and personal things like phones are all splashed with faces of these supposed prophets. It’s a false system of worship which has swayed the whole world but it must be placed on record, the world today has become the hub of the devil and his angels posing as prophets and like the Bible concludes:
…For such men are false apostles, deceitful workers, masquerading as apostles of Christ. And no wonder, for Satan himself masquerades as an angel of light. It is not surprising, then, if his servants masquerade as servants of righteousness. Their end will correspond to their actions… (2 Corinthians 11:14).
Feedback: lastawa77@gmail.com.